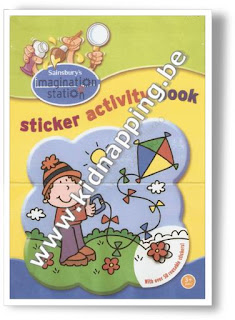 At this point in the case files, the first interviews of the group are brought to a close for the time being. At the same time as these interviews, the Portuguese police were active in other directions. The case file, for the day after Madeleine's disappearance includes many documents:


The list of documents in the case files dated May 4th is not finished. It continues after the documents concerning the interviews with Kids Club staff and the seizure documents for Madeleine's book, which we will talk about now.

Madeleine's parents ripped off both covers, the front and the back, from a book belonging to Madeleine, in order to write on the inside the timing for each person. Russell O'Brien was involved with the drawing up of the timing. The book was seized by theGNR on the night of the disappearance. It is to be noted that the writing down of the timing on the inside of the book covers was done before the police arrived on the spot. These covers would be attached to the case file, as elements of the investigation, on September 7th 2007, although seized during the night of 3rd to 4th May. Here are the terms on which the seizure document was based.

At this time, it is considered of interest to the investigation to attach to the present deed, two covers of a child's book, on the inside covers of which is a schedule for supervision, hand-written by one of theMcCann couple's group of friends and participant in this deed by name of Russell O'Brien.

Today we spoke by telephone via mobile number 964...., with Madame Silvia Maria Correia Ramos B., director of handling and services for the company "GREENTROUST", which manages the "OCEAN CLUB" company.

Through her, we contacted Donna Louise R.H. (contacted by mobile phone number 964...) manager of the crèche staff for the "MARK WARNER" company, responsible for Madeleine and the twins for several days after the McCann family arrived in Portugal.

The latter advises us that all these employees are trustworthy. That they are of British nationality and that they work in Portugal from March/April until November. Donna Louise R.H. gives us the names and telephone numbers of thirteen people who work in the crèche.

We note that none of these young girls lives at the complex, but quite near and that Catriona B. was responsible for Madeleine during the day yesterday. Stacey P. was the staff member for the McCann twins. It appears that it is always the same young woman who works with the same child. The latest arrivals in Portugal are Sarah W. and Charlotte Pennington who arrived last Saturday, April 28th 2007. The informant, responsible for coordination, split the children up between several young girls, taking care that each child was unknown to each young girl. The informant noticed nothing abnormal up to yesterday and that no one was absent from work except those who were on their day off.

In our informal conversation with Catriona Trease Sisile B., also known as CAT, the latter reports:

1. That she arrived on March 21st 2007 and that she plans to return to the UK on November 7th 2007.
2. That she has worked with Madeleine since Sunday April 29th 2007, daily until yesterday and that she always works the same hours.
3. That yesterday Madeleine arrived at 9.10am. It was her father, Gerry, who brought her.
4. That is was her mother, Kate, who picked her up at 12.45pm.
5. That her mother, Kate, dropped her off at 2.50pm and picked her up at 5.30pm.
6. That in the same room as Madeleine, there were 6 other children in the morning and 4 in the afternoon (including Madeleine)
7. That she did not see any strangers in the complex during that time.
8. That on the first day, Madeleine was shy. On the following days she was more self-possessed and uninhibited. Yesterday she was joyful. (Editor's note: verbatim from the case file)
9. That she never left Madeleine, keeping her under visual supervision at all times when she was her responsibility.
10. That, over the days, she noticed no change in the behaviour of the child's parents.
11. That she has noticed no abnormal behaviour towards this family.
12. That Madeleine has not reported to her having had contact or conversations with anyone in recent days, which would possibly be suspicious.

During our informal interview with Stacey P., the latter reports:

1. That it is she and her colleague, Shinead, who usually work with the twins.
2. That yesterday, it was the informant, Stacey, who worked with the twins, her colleague was on her day off.
3. That the children were dropped off by their parents at 9.30am and that the mother picked them up at 12.30pm.
4. That it was the father, Gerald, who dropped them off at 2.30pm and that it was the mother, Kate, who came to fetch them at 5.30pm.
5. That she did not see any strangers in the surrounding area.
6. That the behaviour of the parents was always perfectly normal.
7. That she arrived in Portugal on March 18th and that she returns to the UK on November 7th next.

It is understood that it was not possible to hear the rest of the young girls, and notably the one called Shinead, because most of them were absent and we will set up other priority work to that purpose.

Purely from a police officer's point of view, at this stage of the investigation, ignoring everything we already know, keeping in mind only the elements of the case file, dated May 4th, which we have published, we can already start to draw conclusions or at least to pose a few questions.

In addition to certain inconsistencies in the interviews with the group, serious anomalies are noted in that of Matthew Oldfield. Thus, in referring to the attached plan and publishing it here, you may notice that the children's bedroom door opens inwards to the right. Thus, if the door was open, it is impossible to see the twins WITHOUT seeing Madeleine in her bed. The question that should come to mind of any good investigator: is this a mistake or a lie? Is Matthew Oldfield complicit in abduction? Or simply upset? Logically, the head of the investigation should ask for new interviews to be undertaken to clear up these shady areas. Which thePJ did 6 days later. These new interviews were more comprehensive and more forthright. We will publish them here in their entirety.

Another question about the child's book. Why set out a timing for the checks before the police arrived?
While at that moment there were clearly three other hypotheses.

Why fill out this timing instead of looking for Madeleine?
Why does Russell take it upon himself to write Gerald's name at the bottom of one of the inside covers?
Why the heavy insistence, stressing with double underlining, on the fact that at, "9pm ALL shutters down."?
Fear of being charged with negligence in putting together a timetable instead of looking for Madeleine? Hard to believe, especially as each member of the group admitted, during their interview, to having left the children alone every evening since the start of the holiday. At this stage, this timing is a disturbing detail, but nothing more.

Later on, you will learn from the case file, that it was Madeleine's favourite book that she loved to look at in the evening before going to sleep, which reinforces the police suspicions, suggesting that this book was an attempt at manipulation of the investigation.

Addenda: I am copying images here, which I found difficult to include above.

1. One of the hand-written inside covers.

2. The second hand-written inside cover.

3. Plan of the apartment.

4. Back cover of Madeleine's book.

All of the above images can be seen more clearly, particularly for reading what is written by hand on the inside covers of the book, on the web site: