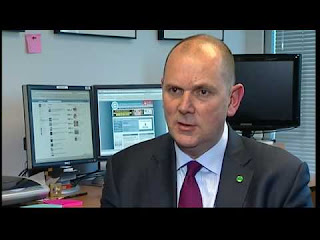 Operation Ore, the UK’s biggest investigation into alleged child pornography, resulted in numerous innocent people being jailed or cautioned, led the politicians to invoke draconian legislation, caused the erosion of civil liberties in the name of ‘child protection’ and also caused the death of 39 people.

The man who was at the centre of its momentum was Jim Gamble, a senior police officer with a somewhat dubious history. He has done well and made a load of money from his endeavour, by most people’s standards anyway. He has resigned after suggesting that the amalgamation of CEOP into the proposed National Crime Agency is not in the best interests of children. We suspect that he has simply thrown his toys out of his pram as he will no longer be granted unfettered power and money by the new government. He is going now before he is sacked, in our opinion at least.

Tony Blair slapped a D-Notice on Operation Ore just before going to war with Iraq because senior cabinet members were alleged to have been under investigation. This has prevented any enquiry into the matter by the police.

Appeals against Gamble’s crusade are due to be heard in the High Court in November.

Now, Jim Gamble's resignation may actually be solely related to the proposed amalgamation of CEOP into the proposed National Crime Agency or methinks the timing of the announcement by the government may be Jim Gamble's lucky break. The Operation Ore test case just happens to be coming up, which could lead to some embarrassment for Mr Gamble and bring into disrepute anything he has been involved with. So, maybe Jim has been on his knees thanking God for this reason to resign and claim the moral high ground before the brown stuff hits the proverbial air cooling device.

What makes me wonder about poor Jim's protestations about his commitment to CEOP and its loss of independence is that last year Jim applied for the post of Chief Constable for the Police Service of Northern Ireland. Men hoping to become PSNI chief

The McCanns issued a statement in support of their good buddy, Jim Gamble, in which they stated that they it was "extremely saddening that he feels unable to continue to lead Ceop, apparently as a consequence of the proposed Governmental changes.." (Daily Express ) So, was it saddening when Jim applied for a new job last year? Was it potentially a great loss for child protection or did Kate and Gerry wish him good luck?

With the help of experts, Chris Saltrese Solicitors has carried out groundbreaking evidential and legal research into Operation Ore.

Leave for appeal was granted for a test case before the full court in Spring 2010 but has been postponed. It is hoped it will be heard before the end of 2010.

This will unveil fresh evidence and expert opinion.

If you were wrongly convicted or cautioned in relation to Operation Ore, please get in touch and we may be able to assist.

A good time to be jumping ship then, Jim Lad!

Also coming up in November is the postponed Kevin Halligen extradition proceedings.

A private detective accused of ripping off the Madeleine McCann fund is also wanted in the US over an alleged £1.3million fraud, it was revealed yesterday.

Kevin Halligen, 49, is being sought by the FBI for allegedly conning UK law firm Waterson and Hicks out of the sum by claiming he could help free two staff of a client, oil company Trafigura, jailed in the Ivory Coast over a 2006 chemical spill.

Westminster magistrates remanded Halligen, from Surrey, in custody until November 3.

What have we got so far of events somewhere in the McCanns' orbit? In November, their buddy Jim will be confronted by an appeal on behalf of men allegedly falsely accused as a result of the Operation Ore investigation, of which Jim was in charge. In the same month, Kevin Halligen goes back to court for his extradition hearing.

Could the timing, then, of Kate McCann's solo visit to Praia da Luz 'for emotional reasons and to pray for Madeleine,' be somehow related to those two events? Distraction?

And what of this new team of detectives now sitting in an office somewhere in Lisbon, waiting for new leads? Kate McCann went out there, prayed alone and wept, - though who saw her? - but didn't meet up with these new investigators to discuss the case and where they're going to get the new leads from? But, we are told that simply visiting Praia da Luz has brought fresh hope.

Kate and Gerry McCann are convinced three new investigators will help solve their daughter’s disappearance and she told a friend yesterday: “A new team, new ideas and new hope!”

The three, paid by the Find Maddie Fund, are now in the Portuguese capital Lisbon.

Kate has made a return trip to the resort where her daughter, now seven years old, was snatched nearly three-and-a-half years ago.

She visited friends in Praia da Luz and went alone to the Catholic Church and wept as she prayed.

A family source said: “Kate has been given fresh hope by her visit to ‘Luz’ and by the fact three new highly regarded investigators are injecting new impetus into the search for Madeleine. She didn’t meet the investigators but stayed with the local Anglican priest Father Haynes Hubbard and his wife Susan, who have become very close friends.

“Kate went out alone to have a break and, of course, to pray for Madeleine.”

Family doctor Kate? She hasn't been a GP since before she went to Praia da Luz in May 2007, though 'family doctor,' may be an appropriate description since she managed to doctor her own family quite nicely while she was there!

So, what gives Mr Gerry and Mrs Kate? Getting a bit nervous with all these goings-on? As if all that wasn't enough, that Portuguese police officer, Gonçalo Amaral, has managed to get Marcos Aragão Correio, erstwhile lawyer to Leonor Cipriano, formally accused of defamation by the Portuguese Public Minister, charged with defaming the Polícia Judicária when he accused them of torture. I guess a few of your supporters who actually accused Dr Amaral of torturing a suspect may have to be a little more careful if Snr Correio is found guilty!

With thanks to Joana Morais for the translation of the article which appeared only in the paper edition of Correio da Manhã.

The Public Ministry accuses lawyer Marcos Aragão Correia of defamation against Gonçalo Amaral, a former PJ coordinator, due to a document in which he recounts supposed torture acts against Leonor Cipriano, who in 2005 was condemned to a 16-year prison sentence over the death of her daughter, Joana, and the concealment of the child's cadaver.

The lawyer - who represents Leonor Cipriano - has sent the aforementioned document to the Association against Exclusion for Development (ACED), and its head, António Dores, also stands accused of the crime of defamation. After filing the complaint against the lawyer, Gonçalo Amaral requested for Aragão Correia to be considered unimputable, even suggesting his commitment to a psychiatric hospital.

Within the case of alleged aggressions against Leonor, Gonçalo Amaral was condemned to a one-and-a-half-year suspended sentence over false deposition*. The former PJ coordinator is represented by João Grade, Cipriano's former lawyer

(*I believe the charge brought against Dr Amaral was that of failing to submit a report.)

Oh dearie me! I think that new team of cack, I mean crack, detectives needs to come up with a few more sightings and/or suspects because it does appear to me, just in my opinion of course, that like the well-constructed facade represented by The Tower in the Tarot deck, lightning may be about to hit the McCanns' own house of cards.

And I wish them a very unhappy landing!
Posted by AnnaEsse at 15:25 4 comments: