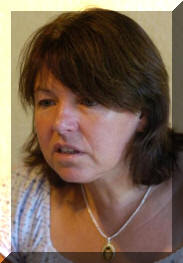 Well, it appears that the petition launched at the beginning of November has failed to bring in the expected deluge of donations. So, Kate McCann had to write a book, or rather, Kate McCann has had to sell the book that's probably been gathering dust for some time. One day she's writing a book and the next, or so it seems, Amazon is advertising it with a definite number of pages. Funny that she's just writing it and knows exactly how many pages it's going to end up as.

Following that petition, that appeared to have an inordinate number of duplicate signatures, Auntie Phil entered the fray, stating that Kate's book was truthful and scathing. Maybe she thought the British reading public were likely to get rather eager and excited to read some juicy details about the failings of the Portuguese police. An appeal to the readers of those journals which regularly publish details every time Kate or Gerry McCann sneezes in public, maybe. Oh woopee doopee! She's gonna dish the dirt on that 'disgraced,' police officer Gonçalo Amaral! Judging by the comments on articles about the proposed novel...I mean book that's truthful and scathing, it's not going to hit the best-seller list.

So, roll out another relie with a new idea to bring in some financial support. And what do we have? Another auntie with a bright idea! Step forward Auntie Trish supporting the 'Missing Rights,' campaign with the Missing People charity. It would be quite admirable if dear Auntie Trish were just making some kind of commitment to supporting this charity, which annually helps thousands of families of missing people, but she's supporting the campaign. Why? According to the Daily Record:

This week, Patricia became a family representative for the charity Missing People, who help with searches and support those left behind.

She wanted to take on the role to highlight the plight of the many left with a void in their life - the parents, the children, the sisters, the brothers, the uncles and the aunts of the missing.

The organisation are asking the Government to give families of missing people the same rights as victims of crime, access to legal and financial assistance and emotional support.

So, she would like to see her brother, Gerry, and his wife Kate being treated as victims and given 'legal and financial assistance.' I thought Madeleine was the victim here, the victim of her parents' having left her alone, but never mind that. Kate and Gerry are victims of something. What they are victims of is beyond me, since there was no evidence of an abductor entering their holiday apartment. Still, Auntie Trish thinks they should receive 'legal and financial assistance.'

Legal assistance to do what? Finance their libel action against Gonçalo Amaral? Pay Carter-Ruck to threaten a few bloggers? Pay the court costs awarded against them when the ban on Amaral's book was overturned by the Lisbon Court of Appeal?

Financial assistance to do what? Hire another bunch of dodgy detectives like Metodo 3, who were going to have Madeleine home by Christmas? 2008 was it? Throw another bundle of cash at someone like Halligen, now awaiting extradition on charges of fraud and money-laundering? Keep Edgar and Cowley cosy in their office in Knutsford, while they talk about 'hellish lairs,' and 'lawless villages,' but don't go out there and look? Make a few more payments on their mortgage?

It hurts Patricia deeply to watch her little brother Gerry and his wife Kate grow emotionally and physically weaker because of the loss and endless searching for Madeleine.

What searching? Kate and Gerry did a European tour, they saw the Pope and Gerry went to America, but when did they do any searching?

"They are overwhelmed by trying to be breadwinners, investigators and parents. That's why I support the Missing Rights campaign. People need all the help they can get."

Breadwinners? Well, I know that Gerry is in paid employment, but in what way if Kate being a breadwinner? By writing her book? Expenses as a director of the 'No Stone Unturned,' Madeleine fund? They need all the help they can get? I guess she's talking about financial help here. Pity Kate and Gerry didn't think about supporting the Missing People charity themselves, instead of talking about that, 'wider agenda,' in which Kate was going to be some kind of advocate for missing children! Oh yeh! Help the charity only in so far as it might benefit good old Kate and Gerry!

Patricia said: "It is so hard to watch Kate and Gerry push themselves constantly. When Madeleine first went missing, family and friends had to step in to help them pay the mortgage.

"Money is constantly tight but they have to keep going. They will never give up looking and that costs money. Families of the missing still need to pay bills while they search but there is no right to any financial help."

Why should they have needed help from family and friends when Madeleine first went missing? Gerry was on paid leave and they were not paying for their accommodation in Portugal. Of course, like the rest of us, they need to pay bills, but Gerry is still working and they are not searching, are they? They are paying their private detectives with money donated by those generous supporters they talk about. Since they are not on state benefits and they're not losing wages by rushing around searching, why should they have a right to financial assistance? They've done very well so far out of donations and earnings from the online shoppe, selling 'good quality wristbands,' and other tack!

In the meantime, Kate is exhausted juggling family life with writing a book she hopes will help finance the continued search for her daughter.

It is expected to be in shops next April, to coincide with the fourth anniversary of her disappearance.

Will there have to be a few revisions to the book now that Wikileaks has disclosed that the British police developed the evidence against Kate and Gerry in the disappearance of their daughter? Will the 'scathing,' now include the British police, though in a statement, which Kate and Gerry are said to have sent to the Portuguese media, they think the cable referred to by Wikileaks may be a fake!

Well, no, the British police did not develop 'information,' - they developed evidence! So, will the book now reflect this and be scathing of the British police and the Portuguese police, who all had the audacity to suspect poor Kate and Gerry, whom we are now to consider as victims?

To be honest, err...emmm...you know...I'm way past being thoroughly sick of the McCanns portraying themselves as victims, tired of their money-grubbing, their use of the media and their sue-a-lot techniques of keeping people quiet and raising cash. And now getting the relies to jump on the bandwagon of a campaign by a real charity, as opposed to their own limited company, in an effort to get their hands on any financial assistance that might be coming the way of families of missing people. Have they no shame? Obviously not!