Update: 15/04/09. YouTube has removed the videos because of copyright issues. The videos can now be viewed on the SOS Madeleine McCann web site.

The documentary, based on Goncalo Amaral's book, "A Verdade da Mentira," The Truth of The Lie, is already on YouTube. It's mostly in Portuguese but the gist of it is fairly clear. Joana Morais and Astro are working on an English transcription of the videos and I will post that when those two wonderful women have finished! 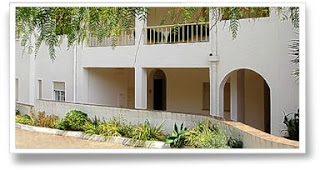 I watched the documentary online last night, the one based on Gonçalo Amaral's book, "A Verdade Da Mentira," The Truth of The Lie. Although it was mostly in Portuguese, the visual aspects of it were quite easy to follow and very interesting in that they placed the statements, and therefore the inconsistencies of the Tapas 9, into a visual context, which made those inconsistencies much more apparent. When we can see what is said to have happened, in a reconstruction in the actual physical location, then we can form an opinion more readily about the truth, or otherwise, of witness statements. For instance, how could Jane Tanner have walked past, almost within touching distance of Gerry McCann and Jeremy Wilkins, conversing outside apartment 5A, and neither saw her? And how could Jane Tanner have picked out a, "pinky aspect," to the pyjamas worn by the child she allegedly saw being carried in the light from the street lamps, which alters the perception of colours?

Joana Morais is to be thanked, once again for her speedy posting of English translations by Astro of an article from 24horas.

Carlos Pinto de Abreu, Kate and Gerry’s lawyer, says he hasn’t received any orders yet from his clients about the piece that was broadcast by TVI yesterday

“Madeleine was never abducted and died on the night of the disappearance.” This was the thesis that was defended in the docuemntary that is inspired by the book from Gonçalo Amaral, a former PJ inspector, about the Maddie case, which TVI broadcast yesterday and the McCann couple’s lawyer, Carlos Pinto de Abreu, confessed to not having watched.

“I don’t comment on fiction and even less inventions”, the lawyer said, recognising that he had received no instruction from his clients, Kate and Gerry McCann, about the documentary from Valentim de Carvalho."

According to a source that is close to the McCann couple, Maddie’s parents “are furious about the fact that Gonçalo Amaral continues to insist on a lie, further adding that TVI’s documentary will never be shown in England because it “constitutes a fiction that doesn’t help in the search for the little girl”,

The couple’s spokesperson, Clarence Mitchell, accuses the former PJ coordinator of “wanting to make money off the case.”

In England, the documentary was attentively watched on the Internet and in Portuguese cafés and bars where TVI was a reason to justify dinner reservations, mostly by British customers who wanted to watch what they know no channel in the country will broadcast.

In the documentary, Gonçalo Amaral showed a brief reconstitution of what, according to the Polícia Judiciária’s official inquiry, happened on the night of the 3rd of May 2007, using the power of images to point out the inconsistencies of the statements from Maddie’s parents and their seven friends.

Yesterday’s documentary showed, for the first time on television, images from the work that was done by the 2 dogs that came from England, prepared to search solely residues of blood and cadaver smell.

The dogs indicated the car that had been used by Maddie’s parents in the Algarve, but also several items belonging to the couple and some spots inside apartment 5A at the Ocean Club.

TVI’s documentary also raised doubts concerning the work that was done by the English lab – the Forensic Science Services (FSS) in Birmingham – whose analyses were initially considered to be sufficient to launch suspicions on the McCann couple, but ended up being denied through the intervention from a senior English police officer.

During 50 minutes, both Gonçalo Amaral, who lead the investigation into the case, and several other intervenients, stressed the interference of the English authorities, with the former coordinator of the PJ’s Criminal Investigation Department in Portimão ending up removed from the inquiry.

Gonçalo Amaral himself stated once more that “the PJ was pressured to not investigate this case like any other”.

Elise, the little girl that was abducted on the 20th of March in Arles, was recovered by her father in Hungary yesterday, due to the European arrest warrant that France launched within the “Abduction Alert” system whose model was adopted by Portugal this year. The French “Abduction Alert” system was used for the 8th time since it exists, and once more, its success was confirmed. This system, contrary to the one that is planned by the English and the Americans, takes into account the real necessity of using the media, apart from a real and true coordination between the various intervenients: family, police and Public Ministry."

Posted by AnnaEsse at 12:42 No comments: