Madeleine McCann: to review or not to review - spot the differences! 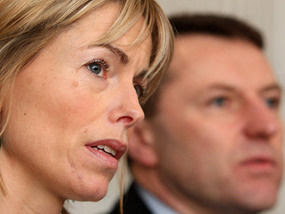 On February 21st, the Sunday Express reported that Kate and Gerry McCann had had a private meeting with David Cameron, leader of the Conservative Party, in the hope that if he wins the election he will give priority to the case of their daughter's disappearance and order a review of all the evidence.

The McCanns had also met with the Home Secretary:

"Last week it was disclosed that Kate and Gerry, 41-year-old doctors from Rothley, Leics, have had a private meeting with Home Secretary Alan Johnson to request a review of the evidence.

He has been notably silent on the case, seemingly preferring to sit on the fence rather than use his influence to demand a breakthrough and there are no indications he will order a review."

According to today's Daily Express a review is underway:

"Evidence in the hunt for Madeleine McCann is being reviewed by the Home Office and could lead to a fresh inquiry, it was claimed yesterday."

"According to sources close to the McCanns, Home Secretary Alan Johnson has ordered ­officials to examine the “feasibility” of British or Portuguese detectives having a fresh look at all the evidence."

Surely some mistake here. The Portuguese police are responsible for the Madeleine McCann case, though if we examine the above wording, it might appear that the order is to think about thinking about whether a review should be undertaken.

Further down this brief article in the Express, we read:

"The source said: “The latest we have heard from the Home Office is officials are undertaking a ‘scoping exercise’ to look into the possibility of a review of the case."

So, who is it, who, according to the first paragraph of the Express article, claimed that the evidence "is being reviewed."? Who did this claiming?

The Express article opens with stating that the evidence is being reviewed, sources close to the McCanns intimate that Home Office officials are thinking about it, and the Home Office?

"A Home Office spokesman said: “Leicestershire Police stand ready to co-ordinate and complete inquiries if further information comes to light in the UK.”

No mention of a review there and the Home Office acknowledges with the comment that the Madeleine McCann case is not within the jurisdiction of the UK authorities unless new evidence comes to light in the UK. So, I guess that means the Home Secretary is not about to order a review of the evidence in the case of a child who disappeared on the territory of the sovereign state of Portugal and for which the Portuguese Prosecutor, as far as I am aware, still holds responsibility and authority to review or not to review the evidence.

My advice to the McCanns is that they request the reopening of the case. Dr Amaral has always affirmed that the case was closed when there were many diligences that had not been completed. Instead of running from one UK official to another, the McCanns would be much better advised to approach the Portuguese Public Prosecutor with a request to reopen the case in order to clear up those leads which they say have not been investigated and also to carry out those diligences referred to by Dr Amaral. 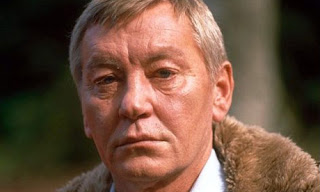 Detective Taggart, fictional character, who worked out of Maryhill police station in Glasgow, with a taciturn nature and straight-talking, no nonsense, no pussy-footing way of getting right to the point. I know he definitely did end one episode with that wondefully enigmatic, "Sometimes Ah wunder," because I watched it. However, the "quote," in the title of this post comes fom a Scottish comedian, whose name I don't recall, doing a Taggart take-off, in which he describes Mrs MacDonald's opening the door to sour-puss Detective Taggart who has come to deliver news of her missing husband. "Mrs MacDonald yer husband's been murrrdurrred," which causes the good lady to collapse!

I used to imagine that if I won the lottery, I would work to the end of the school term, but I have realised that would definitely not be a good idea! If I went to work the day after the news, I would be lucky to last an hour before I was escorted out of the place. When the girl with the skirt just barely covering her bum and the exotic spelling of her first name started making loud raspberry noises in class, would I give her, "..the opportunity to change your behaviour," or would I become even more taciturn than Taggart? "Shut up you stupid f*****g chav." Best not to go there!

Wouldn't it be wonderful if our journalists became at least a little more straight-talking! If every popular newspaper did it on the same day, Carter Ruck, acting for Kate and Gerry McCann, would find shutting them all up was like trying to herd cats.

Madeleine McCann, missing for nearly three years, still makes it into our newspapers nearly every day. After an outbreak following the Lisbon court case in February, that was the media equivalent of an attack of invasive aspergillosis, we had Kate and Gerry in full flow about all those leads that hadn't been followed up by those incompetent Portuguese police, only for them now to become quite miffed because the files have been made public and the result is that some of these so-called "credible," leads are looking more than slightly ridiculous.

Is there a Taggart in the house, who could re-word some of our newspaper reports and perhaps even a television schedule or two.

"Aled Jones welcomes Kate McCann, who will talk about how she has gained comfort from her Catholic faith," could become, "Serial child-neglector invited onto Christian radio show on Mothering Sunday because listener numbers have panned and we've got to do something."

A Taggart-type look at a few recent newspaper stories.

"Jane Blakie: I saw Madeleine McCann...but they ignored me."

Well, Jane, you're getting your delayed moment of fame now!

"Jane Blakie claimed a child who was the "spitting image" of the missing youngster had stared straight at her, adding the youngster had seemed to be saying: "Help me" with her eyes. The girl was said to be with a couple "strikingly similar" to an artist's impression of a man and woman seen with a Madeleine lookalike in Amsterdam."

"British police sent Mrs Blakie's report to their Portuguese counterparts, but no action was taken. Mrs Blakie saw the child in July 2008 - 14 months after Madeleine vanished - at a campsite in Alsace, eastern France.

She told police: "The girl just stood staring at me. The look in her eyes conveyed a feeling of 'Help me'."

"So, Mrs Blakie," says my imaginary Taggart, who doesn't subscribe to the use of the more modern "Ms," form of address, "you saw the world's most publicised missing wean and you waited until you got home to tell your local poliss about this emergency? I think they might have scarpered bay noo, Mrs Blakie, if it wiz hur in the furst place."

Today Ms Blakie, your time has come to shine! ("...like an effin' great big pluke on ma chin," says Taggart!)

"A BRIT who reported seeing Madeleine McCann at a campsite in France was IGNORED by Portuguese cops searching for the missing girl.

Tourist Jane Blakie said she was stared at by a girl who was "the spitting image" of Maddie.

She added: "The look in the girl's eyes conveyed a feeling of 'Help me'."

The Irish Independent adds this to the regurgitated story:

"British police described her as a "credible witness".

Taggart: "Must be Sassenach poliss, then".

The Daily Mirror does a very brief synopsis of the rather stale tale and adds this detail:

"Ms Blakie and her son Alexander both gave statements to Tayside police on their return to the UK."

Sources close to Detective Taggart comment that the police officer will seek legal advice in an effort to clear the good name of this Scottish police force. Detective Taggart is quoted as saying, "We wiz infulltrat'd bay poliss fae Lesta. We widda' arrestit the silly wumman fur wastin' poliss time." Posted by AnnaEsse at 10:31 No comments: