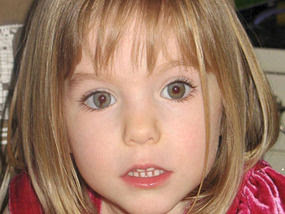 Is the Express getting in subtle hints there that things are not quite as they seem with the McCanns, their fund or their story?

THE brother of Gerry McCann has quit the Madeleine Fund amid a drive to inject new dynamism into the search for the missing seven-year-old.

That could be read as being a comment that it's an odd time for him to be leaving when things are hotting up with the search, or that he's been pushed out in this drive to inject new dynamism.

John McCann has been a dedicated director since the fund was launched more than three years ago and worked tirelessly behind the scenes to do everything he could to find the child.

Well, readers, why would such a tireless worker be leaving?

However, latest company accounts show he left last month along with fellow director Douglas Skehan, a heart specialist and colleague of Gerry McCann who works with him at Leicester’s Glenfield Hospital. Speaking at the launch of the fund two weeks after Madeleine vanished, John said: “This fund will be a vehicle to help our family get our darling, wee niece back.”

Now, there's an expression of love for Madeleine. And we had to find out that this dedicated man had left only through reading the latest accounts.

In an update to their website, neither Kate nor Gerry McCann mentioned the names of the directors who have left.

So, dear readers of this fine journal, why not name and thank this tireless director who has worked so hard behind the scenes for three years?

Instead they focused on the renewed vigour behind the campaign to find their daughter. They believe Madeleine was abducted from their holiday apartment in Praia da Luz on Portugal’s Algarve coast in May 2007.

"They believe Madeleine was abducted.."? The Express is not saying that Madeleine was abducted. It's not even saying her parents know she was abducted, but "they believe." Are readers left to ponder that all there is to suggest abduction is belief, that something happened to Madeleine and her parents don't have a clue what that was and all they have is belief, or is the more subtle suggestion that readers are invited to believe the abduction story with nothing to back it up in reality? Out of all the theories about what happened to Madeleine - she wandered out of the apartment, she was abducted, (Woops! Not many plausible theories, are there?) they choose to "believe," that she was abducted. The Express is being very kind here, or very careful.

“This will include some changes to the board of Madeleine’s Fund, simply to try to improve the efficiency and effectiveness of what we are doing. It has now been three years and four months since Madeleine was taken from us. None of us ever thought we’d still be in the position we are today.

Ah, those departing directors were neither efficient nor effective? But John McCann worked tirelessly: in what ways was he inefficient and ineffective?

“Inevitably there has to be change for a variety of reasons but importantly, this will also allow people to help and support us in different ways."

What are these "different ways" in which people will be allowed to support "us"? Us? Who's that? John McCann was not "us."? He was not supporting us in ways that were efficient and effective? Us and them, eh? The other directors were supporting us as we would have liked them to, but not those two who have quit amid this "drive to inject to dynamism."?

"Regardless of change, everyone’s focus, commitment and desire continues to be that of finding Madeleine.”

New board members, as yet unnamed, have been appointed to the fund, which stands at £450,000 and relies on public donations to pay private investigators to carry on the search.

Not much left folks. Your donations are paying for these private investigators to do the searching, while her parents just, "believe," Madeleine was abducted, but they're not out there themselves getting their hands dirty turning over a few stones.

The unsigned blog continues: “Keeping Madeleine’s image out there greatly increases our chances of finding her.

"The unsigned blog."? Why is no one owning up to writing this crap? As for "keeping Madeleine's image out there," hers is the most recognisable child's face in the world, I imagine, and she's still, well, "out there."? Hasn't achieved much so far.

“It is a reminder to people that she is still missing and to please keep looking for her. In addition, we know that somebody knows where Madeleine is.

That part sounds like something Gerry McCann could have written: does he really think there's a Joe Uk Public out there who is going to read that and bellow, "OH. MY. GOD. Sell the dog Mrs Public, Madeleine McCann's still missing!"

“One more reminder of her may be all that it takes for them to finally come forward and let us know.”

Let you know what? That they know where she is? Why not say "return her."? And would this, "One more reminder," suddenly cause that "somebody," to remember that Madeleine was still missing, that they had somehow forgotten that detail and also that they knew where she was? "Goodness," somebody says to himself, "Yes, I remember now! That little blonde girl, whats'ername, better tell them where she is. Now where did I put her?"

The McCanns met Home Secretary Theresa May over the summer to ask for a review of all evidence in the case.

But from Ms May, silence seems to be the reply.