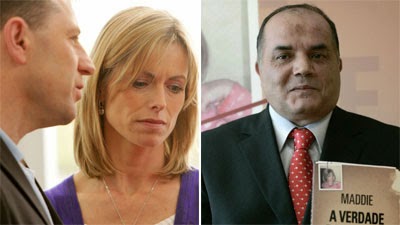 Ask for a statement of accounts for the 'maddie fund' and bank statements to show how much money was used from the fund to line Gerry and Kate's own pockets.

Ask the McCanns to undergo a lie detector!

Thanks Anonymous. Enid O'Dowd did a forensic analysis of the Madeleine Fund http://www.mccannfiles.com/id405.html

Anonymous, Kate McCann offered to take a lie detector test, I believe, then refused, saying they weren't reliable. Like the dogs!

Wait what? Maddie was mxe a ward of the Brit court on 2,April 2008 - 1 month and 1 day prior to her death? Why? Is this why the Brit police withheld the background information about the family and their friends? And does this have anything to do with the question posed to the McCanns by the Portuguese police " Were you planning to award custody of Madeleine to a family member?" (This is one of the 48 questions they refused to answer). This story just gets curiouser and curiouser!