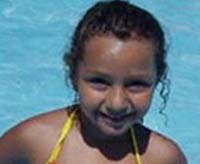 From a translation of an article in El Semanal Digital, posted by Ines on the Three Arguidos Forum, for which I offer my appreciations and gratitude.

The option that Mari Luz’s murderer or murderers could be from Huelva and, more probably, be individuals close to the Cortés family is being considered. The possibility that this death could be an act of revenge against the family has not yet been discarded. This is a potential option, given that various persons, whom the family had had problems with, had threatened them.

The Police hope that the autopsy will shed light on when and where her death occurred. The fact that the body was recognisable would tend not to lend weight to the option that Mari Luz spent fifty days in the water and allows for the supposition that the abductors did not kill her on 13th January.