New Pope to be appointed. 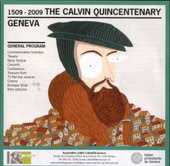 Exclusive! From the office of Fr Alan Clifford himself today.

The NRC news agency reports that Fr Alan Clifford (he has four children) is to be appointed Pope this time next year.

Interviewed today, the Pope-elect intends to abolish the entire structural organisation of the Roman Catholic Church, including his own office. His new post will simply be 'pastor'. The Vatican will become a museum for renaissance studies and a home for the elderly.

All the papal investments will become charitable trusts for the hungry and homeless. Compensation will be available for the descendents of victims of those persecuted by generations of RC clergy and monarchs. All priests, monks and nuns are to be married off. The reformed administration is to be transferred to Geneva and a new website is to be created: www.bibleonly.com.

Since the Pope-elect is too good looking, he is to undergo cosmetic surgery to adapt his appearance to his new role (see image above). It is hoped that these radical changes will be welcomed universally. Thank you for taking time to read this announcement. Have a good day!
Dr Alan Clifford