When the Bullies Turned Faceless 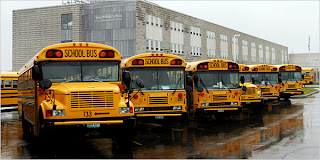 "LIKE most mobs, the one that pursued Megan Meier was cruel and unrelenting. Its members gathered on the social networking site MySpace and called Megan a liar, a fat whore and worse.

Megan, 13, fought back, insulting her tormenters with every profanity she knew. But the mob shouted her down, overwhelming her computer and her shaky self-confidence with a barrage of hateful instant messages.

“Mom, they’re being horrible!” Megan said, sobbing into the phone when her mother called. After an hour, Megan ran into her bedroom and hanged herself with a belt.

Megan Meier’s suicide made headlines because she was the victim of a hoax. Lori Drew, another mother in the neighborhood, said in a police report that she had created a MySpace profile of a boy, an invention named “Josh Evans,” and that she and her daughter had manipulated Megan into thinking that this fabricated person liked her.

Then, after a few weeks, Ms. Meier said, girls posing as Josh wrote MySpace messages telling Megan that he hated her. He insulted her, and other girls — most unaware that Josh did not exist — viciously piled on. (Later, through her lawyer, Ms. Drew, 48, denied knowing about the hoax.)

In some ways, the hoax was a tragic oddity. Most mothers don’t pull vicious pranks, and few harassed adolescents become depressed and commit suicide. But Megan’s story is also a case study about cyberbullying."

Now, I know that there has always been bullying for as long as young people have socialised and congregated in groups. Most schools, in most countries of the world, will be doing their best to combat bullying, but they will never eliminate it. At least, though, the traditional methods of bullying in the playground and in communal areas of schools was easier to confront; the bullies had faces and could be identified. Mobile phones and text messaging, web sites like MySpace, allow the new breed of bully to remain faceless, to hide behind an anonymous ID. They also allow more people to join in at the speed of cyber-communication.

"And unlike traditional bullying, which usually is an intimate, if highly unpleasant, experience, high-tech bullying can happen anywhere, anytime, among lots of different children who may never actually meet in person. It is inescapable and often anonymous, said sociologists and educators who have studied cyberbullying."

It used to be that a child who was being bullied at school could enjoy some respite in their own home. Not so now. Children have mobile phones and so many have a computer in the bedroom. Mobile phones and the internet allow the bully a way into the sanctuary of our homes and very often parents have no idea that it is happening or have any means of combatting it or of confronting the bullies. Do you take away your child's mobile phone and computer and then render them more isolated and out of touch and maybe more vulnerable than they are already, sitting alone in their bedroom, trying to deal with an anonymous barrage from people who can be brave because they are faceless?

"And, as in the Megan Meier case, the victim of cyberbullying is often isolated, yet never free from attack. “The target sees this entire cyberuniverse where everybody is against them, and no one will come to their defense,” said Dr. Walter Roberts, professor of counselor education at Minnesota State University, Mankato. “The harassment is not limited to the portion of the day when the kids are in school. The targeted kids have no escape.”

The internet is a wonderful invention. It allows instant communication around the globe. When my son was on a gap year, travelling round the world, he found cyber-cafes even on small islands off the coast of Thailand from where he could tell his professional worrier of a mother that he had been swimming with a harmless species of shark! Mobile phones have opened up a new world of communication for deaf children via text messaging and have also probably saved many lives when someone has met with an accident in a remote place. However, they have also rendered our children vulnerable to this new virile form of bullying, and of course, as some parents have discovered, the internet also opens up a world where our children are vulnerable to the most nasty aspect of all, online grooming for sex.

I bid you adieu for now, dear readers. Christmas shopping to do. Thanks to the wonderful internet, I have ordered a load of lovely clothes for my beautiful grandson and a Tokyo Flash JLr7 watch for my son, but Wellesbourne market is calling and I'm off to snap up some bargains!

On this cold December day, may all our children be safe.