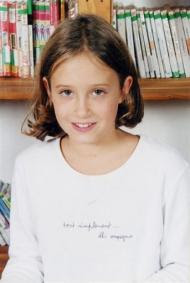 Posted by AnnaEsse at 10:34 No comments:

"There is only one truth in that statement, Joana is dead, the rest is no more than a tissue of lies."

Four years ago, a child was killed at the hands of her mother and her uncle. her crime was to surprise them having sex. She was called Joana and, in addition to the fact of being negelcted by her mother, she was the victim of sexual abuse.

Yesterday, from the Odemira prison, her mother, legally declared responsible for her death, signed a statement in which she confirmed such death, attributing sole responsibility to her brother.

There is only one truth in that statement: Joana is dead. The rest is no more than a tissue of lies from someone who was declared a psychopath and who, from the first moment, lied to the police.

Unlike other murdered children, those responsible have been brought to justice and sentenced for the heinous crime.

For Joana's mother, it is not enough to ask for forgiveness, she must stop lying and tell the truth. That will be the moment of true redemption and Joana's soul will rest in peace.


Joana suffered in life and at the moment of her violent death. It has not been possible to avoid such sacrifices, but we have contributed to justice being done.

It is because of this case and others that we are proud to have been police officers, to be able to look at the sky and say: by the grace of God...I was a police officer.

Note: Léonor Cipriano has had several versions about the disappearance and death of her daughter since September 2004. More recently, she said she did not know what had happened to her daughter Joana. Further, she has even stated that she believed that Joana was still alive.

These statements were made in the Faro courtroom, before judges, the jury and the public at the trial of the five PJ inspectors.

This is only an umpteenth version...Now, a few versions later, Joana's mother reveals that Joana was killed by her uncle, João Cipriano.

SOS Madeleine McCann
Posted by AnnaEsse at 09:14 No comments: