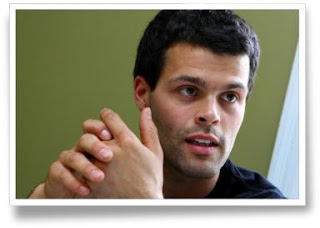 On July 15th, Ryan Murphy's intervention enabled the police to quickly find a small boy who had been abducted in Lévis, to the great relief of the child's relatives. Modest and reserved, M. Murphy says all he did there was his civic duty.

"That man is my son's saviour. If he hadn't followed the kidnapper's car and called the police, my son would no longer be here. I am not afraid to say it." The mother of the little boy, who was abducted on July 15th has nothing but good to say about Ryan Murphy, the man who helped to find her son, less than an hour after his abduction. "The credit goes absolutely to Ryan," says the mother. "Our whole family will be forever grateful to him."

For this gesture by which he saved a life, The Press and Radio-Canada named Ryan Murphy Personality of the Week. The young carpenter, aged 24, believes he simply did his civic duty. "I did what I had to do," states this native of Montreal, whom The Press met three weeks after the events.

On Tuesday July 15th, a little after 6pm, was waiting at a red light in Quebec's Grand-Allée. Suddenly the boot of the Chevrolet he was following opened up. Inside, he saw a little boy. M. Murphy thought, first of all, that it was a big family, but he quickly changed his mind: the driver got out and violently shut the boot again.

Suspicious, Ryan Murphy followed the Chevrolet for 6km, until the driver stopped in front of an apartment building on Belvédère Avenue. He memorised the registration number and dashed to his home in the Basse-Ville area of Quebec, and dialed 911. "The police rang back in the evening for me to go back to the apartment building," Ryan Murphy recounts. He was told then that his call coincided with the abduction of a child in Lévis, around 6pm. The police had otherwise been on the point of launching an Amber alert when he informed them.

It was then that Ryan Murphy realised the magnitude of the situation. "I told myself: yes, I didn't hallucinate. I wasn't too certain any more about what I had seen. At that time, I was tired, I was working like a madman..." Ten minutes later, Ryan Murphy saw the suspect coming out of the building, handcuffs on his wrists, escorted by police officers. We know what followed: the child was found tied up, but safe and sound in a disused oil tank in the basement of the apartment building where the suspect worked as concierge. In the same week, Pierre Defoy, aged 50, was accused of abduction, illegal confinement, sexual assault, aggravated assault and incitement to sexual activity.

Ryan Murphy then entered a media whirlwind. He agreed to give five interviews, at most. "Journalists called from all over, even from Ontario. It was my girlfriend who answered. I was trying to get out of the house as early as possible." The following Saturday, Ryan Murphy responded to the invitation of the victim's mother. If the young man prefers not to talk about this meeting out of respect for the family, the child's mother retains a moving memory of it. "It was charged with emotion, tears, thanks," she recounts. She adds that she intends to stay in touch with Ryan Murphy.

The young man then went swiftly to Prince Edward Island with his girlfriend to spend the building industry's holiday there. "Let's say that after everything that happened, that did me good!" he recounted. It needs to be said that Ryan Murphy is not mad about his new notoriety. He was even hesitant to agree to an interview at The Press. "I am a very quiet, reserved person. I keep to my friends and those close to me. Let's say that I never sought to be famous," he confides. Whether he likes it or not, Ryan Murphy will have to get used to it. Even today, relatives, work colleagues, neighbours and even total strangers congratulate or thank him. "It's not everyone who would have done what he did," the victim's mother believes. "Nowadays people stick too much to their own affairs. Not Ryan. For me, for my son and for our whole family, he is a hero." (Presse Canadienne)

McCann case: 24 photos that could reopen the case. 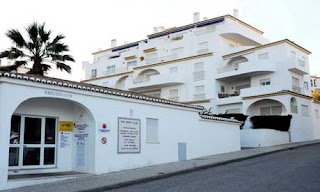 The owner of these images is in talks with several British newspapers for the sale of exclusive publication rights, but with one condition: before being published, the images must be sent to the Portuguese police. The tourist is well aware of the fact that the images could constitute an important piece of evidence relating to a crime and not to send them to the police would also be considered a crime in his country.

Yesterday, a well-known firm of UK solicitors, learned of the existence of these images and contacted the owner, to whom they offered the sum of 600,000€ for the purchase of all the images. However, the British lawyers did not accept the condition imposed by the owner that the images must be sent to the Portuguese police before the transaction. They wanted the freedom to choose when the images would be sent to the Portuguese authorities, the reason for which the offer was refused.