There's a Con Artist on the Loose in Leamington Spa

This man has a really good line in confidence tricksterism. He does it really well and he seems to have got it down to such a fine art that I'm fairly sure he's done this before and that he'll do it again.

So beware people of Leamington Spa and Warwickshire.

This is how a young man of around 25/30 managed to gain my confidence and leg it from my house with the purse my daughter gave me as a present and £240 in cash.

He came to my door a few nights ago, just as I was about to go out. He reminded me that he had done a job for me a while back, clearing some wood from my garden. He said he had fallen on bad luck and he had been homeless for a while, but he had written to his grandmother up north and she had said he could go and stay at her house. Unfortunately, he was a few pounds short of what he needed for the train ticket and was there perhaps a little job he could do for the £5 something he needed. He wasn't looking for a handout! No, he was looking for somewhere to get his hands into and grab whatever he could get to and bloody leg it!

It's a good story he's peddling. A really good one and I got drawn into it and ended up having to take the penny jar to Sainsbury's so that I'd have cash to put fuel in my car to get to work.

But, I'm getting ahead of myself here. On that night, a few days ago, I was in a rush to go out and get to work (work, scumbag! That's where you honestly earn the money you need!) and I didn't have any little jobs he could do. However, I felt that I had the opportunity to help this poor (not so poor now, thieving barsteward!) man to get on a train and not spend one more night sleeping rough. So, I gave him £10 to make up the money for his train fare and get a sandwich on the train. And off he went, ever so grateful! Oh yea!

So, anyway, yesterday afternoon this poor man, who turned out to be a thieving scumbag con artist, turned up at my door again. He had bought an advance ticket for the train and couldn't go until Friday and now he'd like to repay me for my kindness by keeping himself busy by doing a little job for me. And the effin' scumbag did repay my small act of kindness in a devious and abusive way. Initially, I told him that it wasn't necessary, but he told me he'd rather be busy than hanging around on the streets and could he just clear the garden a bit. Well, since he was so keen to do something and thinking well, he needs to do something for me, I went out to the back garden to fetch the rake he asked for. I then went back out to fetch the spade he wanted, while leaving the front door ajar: it's rude to close the door in someone's face!

I even offered this thieving, lying scumbag a hot drink, thinking he'd been sleeping rough, but when I came back with the coffee (Illy, because I thought he deserved a decent coffee after sleeping out on these cold nights!) he had disappeared. So, I sat here at my desk for a while, wondering where he had gone, leaving the rake and the spade propped up in the porch, actually worrying about the thieving low life's (you're guessing by now that I'm rather angry!) coffee getting cold.

Slowly, it dawned on me that he wasn't coming back and I felt a sudden gripping of my stomach. My bag was hanging on a door handle within sight of the front door and there was rather a lot of cash in my purse, which I had taken out of the bank to pay for some work on my car. With a quickly growing nausea, I grabbed my bag and reached in. No purse! I searched the house, top to bottom, thinking don't immediately think the worst: maybe I'd put my purse down somewhere else. But I really knew I hadn't. My money was gone with the lovely pink purse my daughter gave me as a present.

I phoned the police and two officers came quite quickly. I had felt like such an idiot for being taken in by someone with such a good line of patter, but the police assured me that it wasn't my fault.

I have cancelled the bank cards that were in my purse and to get cash to buy fuel for my car so that I can get to work, I have had to take the "pennies jar" to the change machine at Sainsbury's. That was change I'd been collecting for some time for a treat for my two grandsons. So, that man, who claimed to be homeless and just wanted to help himself to a better life, helped himself to £240 of my hard earned cash and legged it! He not only stole from me, but from two little boys, aged 7 and 3.

It's a good line he's peddling! I'm still of the belief that most people out there are honest and good, but unfortunately there are con artists, who will use any ruse to take what does not belong to them.

Please be aware, people of Warwickshire, this man is still on the loose. He is white, around 25/30 years old, slim build. Yesterday he was wearing a short-sleeved white T shirt over a dark long-sleeved one. The white T shirt had solid black writing on it. He had a small rucksack on his back. If he turns up on your doorstep with a story about being homeless and wanting to do some small jobs for you,  phone the police. Try to keep him there, but close your door! Quote crime number S/14/658 for the police.

As I said, most people out there are honest and most of us, given the opportunity, would help a homeless person in a positive way, which was what that man was pretending to be asking for. It's a good line he has and he does it really well, which makes me think he'll keep doing it. Please phone the police immediately if he comes to your door.

Thanks for reading this!

Be careful folks! I believe this is known as a "distraction burglary" and it's just a new line on the old "I'm from the council/Water authority/British Gas" but it's a good one!

Posted by AnnaEsse at 11:06 No comments: 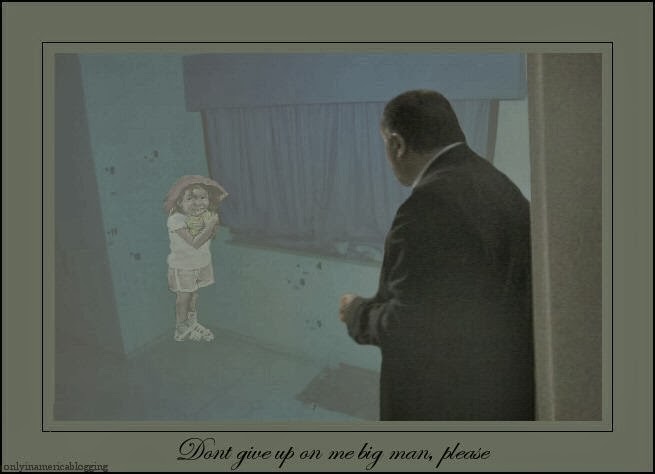 Message from Astro on TMCF forum

A huge thank you to all of you who have already contributed, and to those who will contribute to help Mr Amaral. I would like to explain that this is a bank account that is formally held by two friends of Mr Amaral, in representation of a group of friends who decided to help him because it was obvious, back in 2009 already, that this was going to be a long, expensive process and that without financial support, Gonçalo Amaral was not going to be able to defend himself. This account has been used solely to pay for court expenses and legal costs, and that is all that it will ever be used for. It is an informal gathering of friends, and it has only been possible to continue due to the incredible generosity of many more friends.

I would also like to thank everyone who is not able to make a donation, but has been showing their support online. The times are not easy for anyone and so often, a kind word means a LOT. Thank you.

If you wish to help, please follow the link to Projecto Justiça Gonçalo Amaral:

Use the bank account number in the right hand corner (scroll down to Doação | Donation) or click on the Paypal image there & it will link you to the project's account.

Once more, thank you very much."