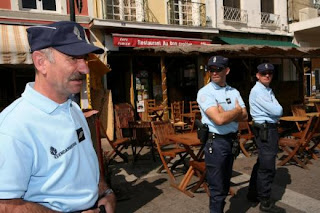 Stéphane Bourcelin is the boss of the restaurant where Antoine's mother Alexandrine worked for two years. He got to know Antoine really well, spending a great deal of time with him when he came to the restaurant with his mother.

Stéphane's interview with Le Post on the subject of his relationship with Antoine.

"I am terribly upset, I'm not doing well," Stéphane Bourcelin, boss of "Le Bon Croûton," restaurant in Isoirre (Puy-de-Dôme repeated this Thursday to the Post.

The person who, from the start of the "case" has said that he considers the child to be "like a son," is the former employer of Alexandrine, Antoine's mother. She worked with him for nearly two years, before going on sick leave on August 13th last.

Stéphane Bourcelin learned of Antoine's disappearance on September 11th, the evening his disappearance was officially announced: "Alex called me and told me "Antoine has gone."

His apartment was searched on September 16th, his "computer and all of Antoine's things," were seized.

This Thursday morning it was his mother's house that was searched.

Although not suspected, he preferred to appoint a lawyer: Me Gilles-Jean Portejoie, who tells the Post: "My client is fed up with being in the spotlight.

To the Post, Stéphane Bourcelin, who doesn't have a life since the disappearance, expresses himself.

"Very very bad. I haven't been sleeping for over a month now. I'm not eating. I have lost 10kg. I am very stressed. I am covered in eczema plaques. This morning, I went to the doctor again. He has put me on anti-depressants."

Are you still working?

"I don't go there very much, and I have no wish to. So, the restaurant isn't doing well. And with all that, there are fewer clients. It is difficult."

What relationship do you have with Antoine?

"He is like a son to me. For two years, he was in my restaurant every day. I knew him very well. I am very attached to him. I miss him a lot."

"What did he do in your bar?

"He watched TV, he hung out around the place, he played with other children. As his mother did not want a child-minder, he was always with us. Sometimes, he watched DVDs with me, at the back of the restaurant, so that he was not underfoot during serving."

What do you think of this disappearance?

"I find it hard to believe that Antoine would leave on his own. I keep hearing that he is very resourceful, but I don't actually agree."

"He was four and a half when he arrived and he didn't speak. He was very shy. Afterwards, he made progress. But well, he always forgot something: his jacket, his shoes, his stuff...like all 6 year-old kids."

What relationship do you have with Antoine's mother?

"We had a brief relationship when we first met, but it has been over for ages. I put her up the first summer that we worked together. She didn't have an apartment. Later, she got her apartment and we carried on working together. With her ups and downs, she is a very hard-working girl with a very bad temper."

"They're all talking constantly about Antoine. Nobody knows what happened. We hear all sorts of things. As I knew the child, I feel like I'm being watched all the time. I don't have a life any more. My mother's house was searched this morning. That was a shock to her. It shouldn't be forgotten that I am not there for nothing."

Antoine's grandmother, Cécile Grugerolle de Fraysinette, has been constitutes a civil party. Me Gilbert Collard is representing her.

Information concerning the above:

Posted by AnnaEsse at 20:06 No comments: