On the pavement, beside the still smoking ruins of Sergey Malinka's car, in clearly visible red letters, is written the word, "FALA," (SPEAK) It was towards 4am in the morning, during Thursday night, that the Russian computer expert's Audi A4 was totally destroyed by flames. "I don't understand the meaning of the message. I don't want to be bothered any more with the Madeleine case. I want to be left in peace. I go to church, I pay my taxes, I have not deserved this." stated Malinka. He also added: "I am convinced that this is a warning which has to do with the Maddie case. But I have nothing to say and I know nothing."

Malinka, who was sleeping about 50 metres from the scene of the fire, in his apartment which he shares with his parents, heard nothing and was only aware of it when he woke up. Another vehicle, an Opel Fafira, was also affected by the flames. "I was asleep when I heard an explosion. I was panicked and I went to see what was happening. The car was burning and the firemen as well as the GNR were already there. Then the PJ arrived and with the help of the firemen they removed the word, "FALA," from the pavement." stated one riverside resident. Another neighbour, Jennifer, stated: "I did not know what was happening. I thought of a group of young offenders in the process of damaging the cars in the street, but the authorities told me to calm down, that it was an attack directed at one person, but they did not tell me who."

No links with the McCann case?!

The PJ has already admitted that the fire has a criminal origin. They pointed out that rather than the theory that Malinka was a suspect in the Maddie case, the Russian was understood only as a victim in a new case, that of the torching of his car. The same source, according to the Portuguese press, stressed that initially Malinka was heard as a witness in the McCann case because he built the web site Romigen. (Murat and Michaela Walczuch's company) We note, however, that in the space of a year, this is Sergey Malinka's second vehicle which has burnt in the vicinity of his home in Praia da Luz.

His Holiness The Dalai Lama 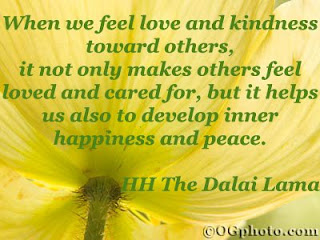 For me, to be in the presence of the Dalai Lama was a special privilege. Having braved the weaving traffic on the M8 from my brother's house in Coatbridge to the exhibition centre, I took my place with a few hundred others in the huge hall, amid an air of anticipation and quiet reverence, even before the great man appeared.

When His Holiness entered, he walked across the stage with head bowed slightly, followed by his interpreter, who sat on a cushion on the floor, close to the big chair that the Dalai Lama takes with him on his tours.

The Dalai Lama has the most smiley face I have ever seen. He spoke in his own language, always in a very animated way, which held the rapt attention of an audience, most of whom, I am sure, did not understand one word of what was being said. The Dalai Lama would pause and the interpreter would tell us what had just been said, with a warmth of expression which echoed that of the Dalai Lama himself.

The Dalai Lama said, "I did not mean to imply that I was good with the other nine!"

Those words, spoken with child-like mirth, brought quiet laughter from the audience. For myself and everyone else I should think, it was the irony that such a greatly revered teacher should display such self-effacing modesty, which drew the laughter.

The Dalai Lama will return to the UK in May this year and will give talks at several venues. I will go to see him if I can, but if that is not possible, it doesn't matter. I have had the privilege of being in his presence and I shall cherish the experience and thank my son for a wonderful Mother's Day gift!

I have received an email this morning from Rosa at care2.com, asking for signatures to a petition for support for the people of Tibet in the face of Chinese suppression of protest. I am copying the email here as Rosa's words are much more eloquent than mine could be. Please consider signing the petition. Thank you.

I'm sure that like me, you're also outraged by the abuse of power displayed by the Chinese government to suppress the protests in Tibet and nearby provinces. Speak up for those who can't. Sign this petition to urge China to end the crackdown immediately >>

The violence against protesters, monks and civilians in Tibet is quickly escalating as the deadly crackdown continues. This week, overwhelmed by the violence affecting innocent civilians, the Dalai Lama said he would resign as leader of the Tibetan government-in-exile "if things become out of control." We can't remain silent while these abuses are taking place. Take action to stand with the people of Tibet.

The Beijing Summer Olympics are only a few months away, but that hasn't stopped China from cracking down on Tibetan protesters, causing the death of around 100 people, while hundreds continue to be shot at, beaten up and detained by China's security forces.

The protesters' grievances should not be addressed through the use of force, but with an open and peaceful dialogue. Freedom of expression is a basic human right that should be respected and not punished with violence.

Please sign this petition to the Olympic Games Officials and the United Nations to make sure help is on the way for the people of Tibet!

The Dalai Lama is due to visit the UK in May this year. So far there has been no word from our Prime Minister, Gordon Brown, that he will meet with the Dalai Lama. The Dalai Lama is the Head of State in exile of the country of Tibet and I consider it to be quite offensive that Tony Blair did not meet with him during the Dalai Lama's previous visit to our shores in 2004. As a gesture of goodwill, I think that Gordon Brown should arrange an official reception for the Dalai Lama. I do wonder if the silence from dear Gordon has something to do with trade with China.
Posted by AnnaEsse at 11:07 No comments:

While the press is only talking about the Express group's apologies, the enquiry follows its course. In fact, the famous rogatory letters, which have been finally accepted, are in the phase of being put into operation. Various members of the Portuguese police, in contact with their British counterparts, are in the process of fine-tuning the last details of the interrogations, scheduled for April 7th.

In fact that is the date that seems to be accepted. In any case, that is the date that is announced officially by the PJ. The police will have to interrogate no fewer than 14 people. They should be the last interrogations. They are considered essential by the PJ. They should clarify and give explanations for the various contradictions and, "no sense," statements in previous hearings. The British police are giving every assistance and cooperation in implementing the requests in the letters from Portugal.
Posted by AnnaEsse at 09:39 5 comments: