It Wasn't Dr Amaral Who Sniffed Out The Cadaver Odour! 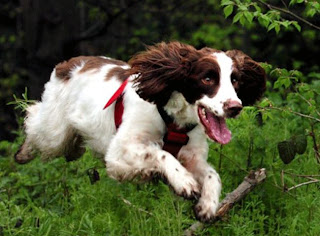 Joana Morais has published a statement from the lawyer for Goncalo Amaral, author of the book, "A Verdade da Mentira," The Truth of The Lie, about the investigation into Madeleine McCann's disappearance. Thank you, Joana.

This is an extract. Read the entire article on Joana's blog. (Link above)

"The lawyer for former PJ inspector Gonçalo Amaral said today that he “deplores” as a citizen that the selling of the book about the disappearance of Madeleine McCann was prohibited, which will limit the “freedom of expression” in Portugal.

In statements to Lusa agency, António Cabrita said that he has not been notified about the decision concerning the injunction that forbids the sale of the book “The Truth about the Lie” yet, and he doesn’t wish to take a juridical position about the matter without previously speaking with his client, Gonçalo Amaral.

Nevertheless, he observed that, if the decision’s tenor, as divulged by the media, is confirmed, then it is the “freedom of expression” that may be being limited, because the book about the disappearance of the English child in the Algarve emits an opinion about “certain facts” that took place.

Gonçalo Amaral’s lawyer said it was “strange” that, with the book having been published over a year ago, an injunction has been served only now in order to forbid the book, when the book’s sales have “already attained their peak”.

“As a citizen, this worries me”, António Cabrita commented, further noting that this measure appears at a time when the possibility of translating the book and an eventual interest in selling it in the United Kingdom were being mentioned. “If this is true, then it’s possible that this reaction is related to that”, the lawyer admitted, adding, nevertheless, that he “deplores” what is happening.

Among other statements that are related to the prohibition of the book about the investigation into the English girl’s disappearance, António Cabrita stressed that “it was not Gonçalo Amaral’s pituitary that was sniffing the cadaver odour”.

This first video shows Eddie in apartment 5A, where the McCanns stayed on their holiday in Praia da Luz. The commentary is in Portuguese, but it's easy to follow what is happening and Martin Grime, Eddie's trainer explains in English.

Eddie and Keela examining all the vehicles used by the McCanns, their friends and Robert Murat, the first arguido (suspect).

So, the McCanns are saying that Dr Amaral's book has hampered the search for Madeleine? What search? They have paid out a small fortune in other people's money for all sorts of weird and wonderful private detectives, who have basically come up with nothing but empty promises, like...Madeleine will be home by Christmas....and chased sightings all over the world. The search for Madeleine? Well, the McCanns didn't physically search for her when she went missing. Some local people in Vila da Luz stayed away from work for a week, but what did Kate McCann do? Well, she certainly didn't answer the question about why she didn't get out there! (As well as those 48 questions the PJ wanted to ask about her daughter's disappearance!) She seems to have turned the answer into one she prepared earlier! 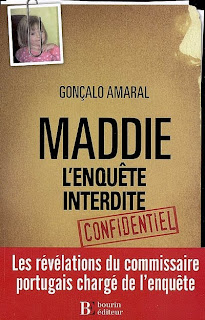 The book, "A Verdade Da Mentira", (The Truth Of The Lie) by Gonçalo Amaral, former PJ coordinator, on Madeleine McCann's disappearance, has been banned and all copies still available must be withdrawn from sale.

The 13th Civil Court in Lisbon has today granted a provisional injunction to the McCanns, thus banning the sale of Gonçalo Amaral's book, which puts forward the theory of the little girl's death and the responsibility of Kate and Gerry McCann.

The court's decision also involves banning the distribution of the documentary based on the book, which was shown by TVI and distributed on DVD by the newspaper Correio da Manha.

The publishers, Guerra e Paz, must recover all existing copies and they are forbidden from granting publication rights for the book to publishers in other countries. Gonçalo Amaral, who has recently tried to recover his rights as the author with a view to self-publishing his book in English, is banned from speaking publicly on the contents of the book or the video.

This is a provisional ruling and will have to be confirmed by full court process.

In France and Belgium, the edition in French from the publisher Bourin, is still on sale. (See image above)
Posted by AnnaEsse at 17:32 No comments:

Labels: "Maddie: L'Enquête Interdite", A Verdade Da Mentira, The Truth of the Lie 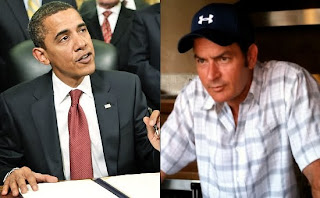 "Actor and television star Charlie Sheen has publicly requested a meeting with President Barack Obama to urge him to reopen the official investigation into 9/11 in light of the fact that the majority of the 9/11 Commission members have now publicly gone on record to express their conviction that the government agreed to lie about the official story.

Sheen’s request takes the form of a letter to the President in the context of a fictional meeting between the two entitled “20 Minutes With The President,”Infowars.com and Prison Planet.com websites. published exclusively on radio talk show host Alex Jones’"

"The letter focuses around the fact that no less than 60 per cent of the 9/11 commissioners have now publicly stated that the government agreed not to tell the truth about 9/11 and that the Pentagon was engaged in deliberate deception about their response to the attack.

Sheen also presents a plethora of other evidence to illustrate how the official story is a fraud, including the revelations of whistle blowers like FBI translator Sibel Edmonds, who recently broke a Federal gag order to expose how Bin Laden and Al-Qaeda were working for the U.S. government right up until the day of 9/11."

20 minutes/20 points raised in this open letter to President Obama.

The article can be read on the Info Wars site