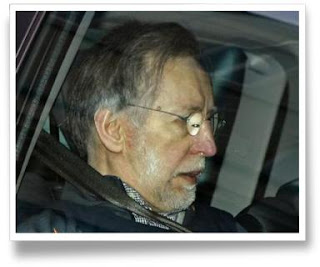 The victims are not equal in the eyes of the law?!

The Belgian victims of Michel Fourniret will not receive the compensation planned by the Charleville-Mézières court of assizes because legislation on the subject of compensation is not the same in Belgium and France, RTL-TVI announced in its JT at 7pm.

In Belgium, in contrast to France, the surviving relatives of victims cannot obtain compensation. Further, compensation for victims is subject to a ceiling of 62,000 € for everyone. In the case of Joëlle Parfondry, who was subjected to attempted rape by Michel Fourniret in 1995, near Namur, and who had survived on the pretext of being pregnant, the French court had demanded 140,000 € in compensation.

However, the Belgian funds for compensating victims can only give her a maximum of 62,000 €. As for her children and her husband, for whom the court had also anticipated compensation, they have no right to anything in Belgium. Fourniret's Belgian victims who thought they could turn over the page are going to have to prove that they well and truly suffered mental harm, with supportive evidence, because for the Belgian victims' compensation fund, the verdict of the court of assizes is not enough.

Also, this brings up the question of the difference in treatment between Belgian and French victims, RTL-TVI says. The Belgian civil parties have now instructed a lawyer to obtain their compensation. Me Isabelle de Moffarts hopes "that for compensation for the civil parties, account is taken of the extraordinary nature of the case and that a creative system can be found that allows the differences in national legislation to be overcome to offer all the civil parties in this trial equal treatment."

The parents, brothers and sisters of seven young girls killed by Michel Fourniret, his surviving victims and their relatives saw themselves being awarded compensation for mental harm suffered. The magistrates of the court had awarded in general 75,000 euros for each father or mother of a dead victim, 50,000 euros for brothers or sisters, and between 7,500 and 40,000 euros, still under the heading of mental harm, depending on the severity of the consequences for the three young girls who escaped from Fourniret.

Joëlle Parfondry, should, for her part, also receive 100,000 euros under the heading of IPP (permanent partial disability). The arguments had, in fact, shown that she had suffered "extremely serious," shock.

"Maddie's parents are on the edge of hysterics.

The announcement of the publication of Gonçalo Amaral's book, "Maddie: The Truth of The Lie," in the United Kingdom is worrying Kate and Gerry McCann who have already started to intimidate British publishing houses by threatening them with reprisals in court.

Today the Independent on Sunday reports on the negotiation of a deal with several interested UK publishers.

"The book's publisher, Mario Sena Lopes, said there was now an English version of Mr Amaral's book and he was negotiating a UK deal. He said several publishers were interested and he was confident the British public would soon be able to read the book."

The McCann's spokesman, Clarence Mitchell is quoted by the Independent as saying:
"Clarence Mitchell, a spokesman for the McCanns, said last night: "Lawyers for Kate and Gerry have been aware of what Mr Amaral has been alleging for some time. What he has said and written before now is grossly defamatory of them.

"If he chooses to publish them in Britain those words will be studied intensely carefully and they will not hesitate to act if they are defamatory."

Dr Amaral insists that his book contains only details of the opinion of the police teams who investigated Madeleine McCann's disappearance. The investigation was a collaborative effort between British and Portuguese police.

"Mr Amaral said: "I received numerous messages of support and solidarity since being taken off the case, including from the UK – messages that also motivated me to tell people what I knew about the Maddie case. I am positive that there's also a section of the public eager to know the truth.

"People can form their opinion without the manipulation that we have seen before."

He said his only regret was failing to carry out a reconstruction of the events soon after Madeleine vanished but claims he was put under "serious pressure" not to. He insisted this was the only failure in a "perfect" text-book investigation.

Asked whether he thought Madeleine was dead, he said: "It is not just my opinion. A whole team of Portuguese and British investigators came to that conclusion last year, and this is part of the files. I have never said the couple killed their daughter and this is not my belief. Deaths may happen for natural reasons, accident or intervention by a third party."

He said he was unperturbed by the threat of any legal action from the McCann family. "There is no reason for that. The details exposed in the book are facts, happenings and objective data which figure in the process and not lies, as they have been described in the press."

He denied he was profiting from the tragic case. "The biggest thing I achieved with this book was to defend my honour and that of those who worked with me. The way I see it, you cannot put a price on dignity. The other objective of the book is to contribute to the search for the truth."

I will end with Dr Amaral's words on the UK publication.

"I am positive that there's also a section of the public eager to know the truth."

Posted by AnnaEsse at 09:59 No comments: