We'll have a hoedown an' a hootenanny cos Maddie's in the USA! 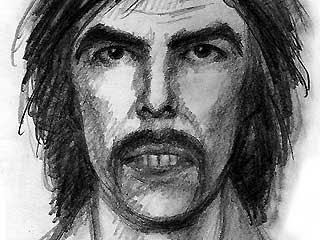 .......and she's not in a 'hellish lair' within 10 miles of Praia da Luz, where Dave Edgar, super-sleuth employed by Kate and Gerry McCann told the Belfast Telegraph:

“Maddie is most likely being held captive, possibly in an underground cellar, just like Natascha or Elisabeth, and could emerge at any time,” he told us.

And on 14th December 2007, when Metodo3 gave themselves just 11 days to have Maddie home for Christmas, it was lucky we didn't organise a welcoming committee, even though Mr Head Super Sleuth was so sure:

The director general of Metodo 3, the private detective firm hired by the McCanns, confidently predicted Madeleine would be rescued from her kidnappers in North Africa or the Iberian Peninsula.

Despite not knowing exactly where Madeleine is being held, Mr Marco proclaimed to a Spanish newspaper that he was certain which group of paedophiles had taken her and he was gathering proof so police could arrest them.

Madeleine McCann was handed over to a millionaire Australian in Barcelona, she was kidnapped to order by a Belgian paedo ring, she was seen in a Belgian city, accompanied by a woman wearing a Muslim robe, she was seen by a great many witnesses in Morocco, she was alive and well and attending a school in the USA.....hold on! She is in the USA. How do we know? Well, it's in The Sun, so it's got to be true. An 'amateur sleuth,' knows who took her! Here you go!

Woops! Wrong one! He's dead! And I don't think he was ever in the USA!

So, this is it, folks! Sure, Madeleine has been seen on all five continents, sometimes on the same day, but this is it now. This man definitely knows who took Madeleine and at the risk of his own life, he has finally been 'brave,' enough to tell the cops! Only took him nearly four years and he may even be in time to get the details squeezed into that book Kate's writing.

AN INVESTIGATOR has told cops Madeleine McCann was taken to the US - and he has named two key suspects.
Marcelino Italiano, 36, said she had been snatched by an Algarve-based paedophile ring. The amateur sleuth added: "They can get away with anything."

Would The Sun tell us fibs? Do you reckon they think they can get away with anything at The Sun, as long as it has 'Madeleine McCann,' in the super-sized headline? Well, I the Queen of Sheba, believe every word.

Claims ... what Italiano says
Italiano, 36, said the ring was based in Faro and Albufeira, but had high-level contacts in Portugal's judiciary and links to a legal practice in London.

The judiciary? I bet it's that judge who unbanned Amaral's book. Cunning, eh? Bet he eats sardines during his two hour boozy lunches! (The Mirror told us about those sardine-munching cops!)

Links to a legal practice in London? Come on down Carter-Ruck! You've been rumbled!

So, let's have a hoedown an' a hootenanny, folks, cos Maddie is definitely in the USA! (Unless those cunning Portuguese paedos are fooling us and she's really unharmed in that 'hellish lair.')

Sorry folks, I just can't be @rsed to post any more of that shoite published by The Sun. You'll just have to read it for yourself. I'm going to do something much more useful with my time. Think I'll go poke a mad dog with a long stick! I'll probably get a lot more sense out of it!
Posted by AnnaEsse at 09:30 2 comments:

The police officer who led the investigation into the double murder of Géraldine Giraud and Katia Lherbier is bringing out a hard-hitting book. In it, he accuses Géraldine's aunt of being the gamekeeper's accomplice. Le Point has looked at a few extracts. Informative.

The preface is by comedian Roland Giraud. The book, entitled The Treiber Case, comes out on February 17th, published by Rocher. Its author is none other than Commander Cunault, who directed the investigation into the double murder of Géraldine Giraud and Katia Lherbier.

While the Treiber case is legally over following the suicide, nearly a year ago, of Jean-Pierre Treiber, the alleged murderer, this retired police officer delivers his own scenario of the case. A first in the annals of legal proceedings.

As for the rest, nothing new. This version has always been defended by the police officer, notably in his final report. A version which was soundly rejected by the court. In fact, after 4 years of investigation, all charges were dropped against Géraldine's aunt due to lack of evidence. A decision that was not received very well by Commander Cunault and Géraldine Giraud's father, himself convinced of the guilt of his sister-in-law, with whom, well before the start of the case, his relationship was stormy and conflicting.

Today, the anger seems to have changed sides. Van Kempen's family do not support this implication, especially as the former director of the investigation does not appear to present any new details in his book. "We should remain cautious, but if this is right, it's down to the perseverance of the police officer," comments Madame Frénot, Géraldine's aunt's lawyer. "I am going to read the book carefully; if certain passages are defamatory and are not in keeping with the legal decisions, I shall consult a judge and demand the withdrawal of the work or of certain passages. Moreover, I shall serve a direct injunction on the former police officer for defamation."

Géraldine's aunt is not the only one to bear the brunt of Commander Cunault's lack of qualms. Patricia Darbaud, Jean-Pierre Treiber's friend, once suspected of complicity after being decisively cleared, is accused in the book of setting up the pact between Treiber and the aunt.

"In October, possibly the 19th, Marie-Christine Van Kempen, Jean-Pierre Treiber and Patricia Darbaud met up at the Esperance cafe, even if there is no telephone trace of the meeting," states the police officer. There again, the official's insistence does not rest on any new elements but purely on personal conviction. Only the witness statement of the cafe manager, which is not considered credible by the court, is being put forward.

"I believe the witness statement from Madame Nabias, manager of Esperance. I know the circumstances in which she gave me this information. She thought very carefully about it because she knew that it was very serious. She found the murders of the two girls truly horrible. Her witness statement has caused her considerable harm. And the precise description that she gave me of a fur coat, which exists and was worn by Marie-Christine Van Kempen confirms what she says."

Some of the extracts make Patricia Darbaud's lawyer, Madame Marie-Thérèse Walter-Crastre, hit the roof. "It is inadmissible and intolerable that this former director of the investigation, now retired, allows himself to call into question a decision by the court. My client has been cleared for total lack of evidence. This is an attack on her reputation and defamation of character which we are going to pursue."

In his final chapter, Commander Cunault lands his hardest punches on Jean-Pierre Treiber, whom he accuses of having killed before. "At the moment of the attack, carried out for Marie-Christine Van Kempen, something awoke in him which for him was a sensual pleasure. He has killed already, I have my suspicions about that, notably during the time when he was gamekeeper at Malhouse," confides Commander Cunault. The police officer is now a psychologist. "So, something which had perhaps been buried, forgotten...rises up, and he goes into another dimension, which is about pleasure. Since he doesn't like homosexuals, it can be imagined that he felt even more joyful in killing them. He decides to eliminate them. He goes to find the chloropicrin and kills them. He gases them like pests."

For Commander Cunault, Treiber is "a pervert, a barbaric scumbag." As for Marie-Christine Van Kempen, he thinks she refuses to accept the gravity of what she has done. And to conclude: "She will never suffer the consequences: she is free, even if that liberty has a bad taste."

Contacted by Le Point, Patrick Mahé, managing director of Rocher, considers that "It's the personal conviction of a police officer. It's not the questioning of a decision by the court. We have given our word to this investigator which still stands." Not sure if that "personal conviction," is shared by everyone.

Posted by AnnaEsse at 11:44 No comments: