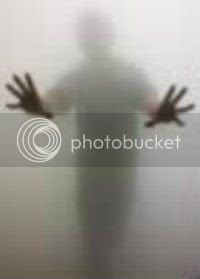 Apart from reclusive people living deep inside the Amazon jungle or anyone who has been in a coma for the last five and a half years, most of the world knows about Madeleine McCann.

At the end of April, 2007, Madeleine McCann went on holiday to Praia da Luz in the south of Portugal with her parents, Kate and Gerry, and her twin siblings, Sean and Amelie. Madeleine was a few days short of her fourth birthday and the twins were two years and three months old.

With the exception of the first night of the holiday, when the whole family went out to dinner at the Millennium restaurant, the three children were all tucked up in bed, we are told, in an unlocked apartment, while their parents dined at the Tapas Bar. Gerry McCann may think it was like "dining in your own back garden," and maybe their garden is very different from mine, but the bottom of my garden is not 120 metres from my house and I don't have to walk round a swimming pool, through a reception area and along a public footpath to get to the back door.

Madeleine vanished as though into thin air. She was abducted, her parents say, by someone who must have been wearing a Tyvek suit because no trace of an intruder was found: no footprints; no fingerprints; nothing of any forensic value. Imagine this stranger in his white suit with night vision goggles to negotiate his way around a room crowded with two single beds and two cots. Imagine him as Jane Tanner described him: a man carrying a bundle that could have been a child; a man carrying a child wearing pyjamas just like those Madeleine had been wearing; a man with long hair, short hair, didn't see his face, spotty-faced, stubbly, clean-shaven face. Add to this the amazing array of discrepancies and contradictions between statements from the group known as "The Tapas Nine," and I begin to feel like the figure in the image above, feeling my way around in Antony Gormley's "Blind Light"

OK, so how do we build links from the disappearance of Madeleine McCann to Lord Janner of Braunstone to Frank Beck, who was sent to prison in 1991, found guilty of abusing children in his care in Leicester children's homes?

Frank Beck was manager of three of Leicester's children's homes until 1991 when he was charged with and found guilty of sexually and physically abusing children in his care for 13 years.

The link between Greville Janner and Frank Beck concerns an allegation that came out at Beck's trial, of Janner's sustained sexual abuse of a 13 year-old boy in care. Paul Winston, who was a married man with children at the time of the trial, gave evidence for Frank Beck, stating that Beck had counselled him about the relationship with the MP.

According to Winston’s evidence, he was invited to Janner’s home near Golders Green, whilst Janner’s wife was away, and this led to his sharing Janner’s bed where they “cuddled and fondled each other”. Thereafter Winston testified that, over the next two years, he was regularly sodomised by Janner.

Beck discovered what had been going on after Winston was put into his care, at which point, he informed his superiors at Leicester Social Services. At one point, Janner visited the care home with a new bicycle for Paul but Beck denied him entry and would not allow the gift to be passed on. This was confirmed by another witness at the trial. (http://chris-ukorg.org/cover-ups/)

Lord Janner denied the charges and the case was dropped for "lack of evidence," even though Winston could describe certain features of Janner's home, by the then DPP, Sir Alan Green - who resigned shortly thereafter as a result of a kerb-crawling incident.

The link from Greville Lord Janner to Frank Beck is an allegation that Lord Janner had abused a boy who had been admitted into the care system in one of the homes of which Beck was manager.

There is also a link from Greville Janner to Kate and Gerry McCann. Immediately following the accusation at Beck's trial, Janner went to a police station in Leicester, accompanied by his solicitor, Sir David Napley, of the law firm Kingsley Napley. Michael Caplan QC of Kingsley Napley represented the McCanns soon after they fled from Portugal in 2007, just after being made arguidos. Michael Caplan defended Augusto Pinochet against extradition: an interesting choice for Kate and Gerry, who had just been made arguidos (formal suspects) in the case of their daughter's disappearance and had returned to their home in England.

So, why did Kate and Gerry McCann choose a firm of solicitors who had defended such illustrious folks as General Pinochet and Lord Janner? Kate McCann gives an explanation in chapter 17 of her book "Madeleine." She had been made an arguida on Friday September 7th 2007.

Saturday 8 September. We were on tenterhooks all day, waiting to hear whether we would be allowed to go home. Rachael had found a couple of criminal lawyers in London she was sure could help us. Michael Caplan and Angus McBride of Kingsley Napley had worked on several high-profile cases, including the Pinochet extradition proceedings and the Stevens inquiry. Gerry gave them a call. They discussed Madeleine’s case in detail, what had happened so far and how Kingsley Napley might be able to assist us

Rachael Oldfield had found Michael Caplan and Angus McBride of Kingsley Napley and Gerry gave them a call. This was a Saturday. Two solicitors, working for what is thought to be the most expensive law firm in the UK were available on a Saturday for a chat with Gerry McCann? I guess they may have thought the case was high profile enough to make it worth their while, but maybe there is yet another connection here and a reason other than that Rachael had just happened to find Kingsley Napley.

"Michael Caplan and Angus McBride of Kingsley Napley had worked on several high-profile cases, including the Pinochet extradition proceedings." (Kate McCann).
Indeed they had. So too had the barrister instructed to argue Senator Pinochet's case before the House of Lords: Clare Montgomery QC. Miss Montgomery is an associate with Matrix Chambers of Gray's Inn, London, a founding member of which is Cherie Booth QC, otherwise known as Cherie Blair QC, who we are told was in telephone contact with Kate McCann personally. ("As we were walking up from the beach at about 5pm, I had a call from Cherie Blair, in her final days as wife of the prime minister." - 'Madeleine,' chapter 8).

(Credit for the above to Dani at SteelMagnolia)

The connections here make my mind boggle somewhat. Frank Beck, Lord Janner of Braunstone, Tony Blair, Cherie Blair and the McCanns. Of course those connections may be tenuous. We could say that because one of my nephews once played for a football team of which Gordon Brown was honorary chair of the supports' club that I am therefore linked to Gordon Brown in some way. However, I have never spoken to Gordon Brown and I'm sure we have never been clients of the same expensive legal firm.

When Ben Needham disappeared, his mother Kerry eventually had to leave the Greek island and abandon her search for her son when she could no longer afford to eat. She didn't have a British Ambassador rushing to her aid or the private phone number of a Prime Minister. Perhaps we still need to be asking why the British Prime Minister felt the need to involve himself in a Portuguese police investigation, why the Foreign Office helped the McCanns out of Portugal and why the British police left Portugal at the same time as the McCanns.

And finally, although the Children and Young Persons Act (1932) does not lay down a minimum age at which it is acceptable to leave children alone, it remains the case that if children are left alone and serious harm comes to them, parents/carers should be prosecuted under that act. However many times Gerry McCann repeats the mantra that there is no evidence that Madeleine has been harmed, if she was abducted, she has been harmed.

The Green Fields of France

Posted by AnnaEsse at 13:45 No comments: