Maddie is in New Zealand, she's in the US, she's in Morocco, she's in Italy, she's gone with the raggle-taggle gypsies oh! 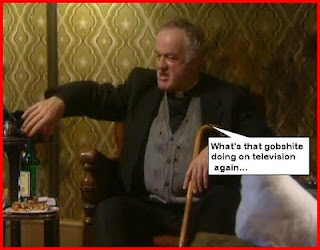 The new file just released by the Portuguese police, containing details of sightings of Maddie that have been reported since the case was archived, is "gold dust," according to Clarence Mitchell. Well, I should say it is! So soon after the hearings in Lisbon, when on day 1 (January 12th) we heard that:

"A report signed by Chief Inspector Tavares De Almeida said that Madeleine died in the flat in Praia da Luz, the witness adds." (Jose Magalhaes e Menezes, the attorney who was in charge of the original inqury into Madeleine's disappearance.)

Snr Tavares de Almeida , called as a witness spoke about the findings of the English sniffer dogs:

"The dogs detected the traces inside the dining room of the holiday flat and in the car the McCanns were using. "

"The animals also found a scent on a piece of cloth in a flat rented by the McCanns after they left the apartment where Madeleine vanished."

"I have spoken to respected experts on crime and none of them agrees it would be possible to pass a child through the window." (Twitter - @ jondipaolo)

.......which was followed by a comment from Kate McCann on the Find Madeleine web site...

"The window which is a ground floor window was completely open and is large enough for a person to easily climb through it. Whether it had been opened for this purpose remains unknown. It could of course have been opened by the perpetrator when inside the apartment as a potential escape route or left open as a 'red herring'"

So, there you go! An explanation! The abductor left the window open as a 'red herring.' Oh yea! And those dogs who are so unreliable found cadaver scent because Kate McCann had been in contact with 6 dead bodies in the week before she went on holiday! Yea right!

So, yes, this new file really is "gold dust." Just when the UK reading public is gaining access to information they probably hadn't heard of before, the McCanns get their hands on a whole fat file of sightings which were apparently never followed up. Woopee doopee!! Yeee haaaa!!! They'd love for the police to be kept busy for a few more years ruling out sightings around the globe! Just what the doctors ordered!

So, what do we have? The Sun provides a few examples of these sightings from the file that has been kept secret. There was the sighting at a warehouse store in New Zealand. (CCTV image removed to protect the privacy of the child who is not Maddie)

"Two of the CCTV images were taken in New Zealand on December 5, 2007, and forwarded to Portuguese police by Interpol.

In one photo a little blonde girl peeps out from under her fringe as she is led into a shop by a portly man wearing shorts.

In the other the girl is seen leaving the shop with the man and a little boy.

She has the same hairstyle as Maddie when she went missing on May 3 that year from a holiday apartment in Portugal aged three.

A female security guard saw the girl at a store in Dunedin, New Zealand, and thought she could be Maddie.

The girl and the man had British accents. When the guard approached the girl and asked her name, the child replied "Hailey".

Interviewed this week, the shop assistant who spotted the child in December 2007, said she was still convinced that it was Maddie.(Sky News)

"Shop assistant Taryn Dryfhout, who reported the possible sighting, said she "absolutely believes" it was Madeleine."

"She had an English accent and told me her name was Hayley.

"She was quite apprehensive to talk to me and stammered over her words when she was trying to think of her name."

So, according to Ms Dryfhout, the child was not just apprehensive about talking to a stranger, she was "..trying to think of her name," obviously having been coached by the man who was holding her hand, who was daft enough to be taking the world's most recognisable child shopping! Yea right!

"A little girl who looked like Maddie was seen with a shirtless man near a toll on the A20 motorway in France on August 30, 2008.

French lorry driver Michel Guidard said the girl was wearing a dirty yellow jumper but was naked from the waist down."

He stopped and approached - but the man pulled out a handgun and threatened him."

There is a wonderful image on The Sun's web site, of a swarthy man (why are all these abductors swarthy?) whose right elbow looks seriously deformed, pointing a gun at the figure of a person who looks like a 25 year-old dwarf.

In Portugal, on the night Maddie disappeared:

"A British man called George reported seeing a small blonde, distressed girl being dragged along the road to Faro airport, Portugal, on the night she went missing.

That is 60 miles away from the resort of Praia da Luz where Maddie and her family were staying."

No time details are given, but the image on The Sun's web site appears to show a scene in broad daylight, with another swarthy man, who looks like he's wearing a 'C' cup bra, trying to control another 25 year-old dwarf, who is also well endowed in the chest area!

Are we to accept this as a credible sighting? The lone prowler who abducted Maddie, somehow traveled 60 miles from Praia da Luz, but at some point lost his means of transport and ended up dragging Maddie along the road to the airport? We are not told whether they actually arrived there!

"A girl described as "a little elf" - in a pyjama top like the one Maddie had on when she was taken - was spotted being "summoned" from a shop near Murcia, Spain, by an "unkempt" man 12 days later."

Twelve days after she disappeared, Maddie was still wearing the pyjama top she had disappeared in? I guess she would have been pretty "unkempt," too by then if Mr Thicko Abductor had not even thought to change her out of that pyjama top! This man in the third image on The Sun's web site also looks swarthy by the way. And the "little elf," would have done Kate McCann proud: she looks like she's giving Mr Swarthy abductor her "tuppence worth." !!

"In June 2008 in Sorrento, Italy, a British holidaymaker said he saw a girl like Maddie in the window of a building with a bricked-up door."

Obviously, Italy has its own "hellish lairs."

"A report from Spokane, Washington State, USA, said a girl like Maddie was seen on October 9, 2008, with a Portuguese man."

I bet that Portuguese man was swarthy!

And of course, we have the raggle-taggle gypsies! If all else fails, blame those gypsies! They've probably got Maddie selling clothes pegs!

"In July 2008, a Scottish mum reported seeing a blonde girl who looked like Madeleine in Albufeira, Portugal, with a group of gipsies."

The McCanns themselves? Well, according the The Sun:

"The McCanns believe Maddie could have been whisked away to Morocco by child traffickers within hours of her being taken."

"Spokesman Clarence Mitchell added: "They're incredibly frustrated this file was sitting there being disregarded by the Portuguese police.

"They were shocked when they saw the scale of the information and the lack of action taken."

"There are potential leads in the file that are now being followed up by our own investigators."

So, Clarence, have the intrepid duo, Edgar and Cowley, given up on those "hellish lairs," in the, "lawless villages," within a 10 mile radius of Praia da Luz, where they were convinced that Maddie was being held? And, emmm, did they ever manage to get there to have a look? Do, let us know, Clarence, how those investigators get on working, as usual, from the buzzing base of their investigations in Knutsford, Cheshire. Will they be dashing off to some of those far flung places like New Zealand and the US?

The private investigators are the only ones looking for Maddie? You mean like Metodo 3, who were going to have her home by Christmas? 2008 was it? Or how about Oakley International? Any news of their director's prosecution for fraud and money laundering? The only ones looking! Yea right!