Madeleine McCann: Madeleine's disappearance would not have triggered a missing child alert because it did not meet all of the criteria. 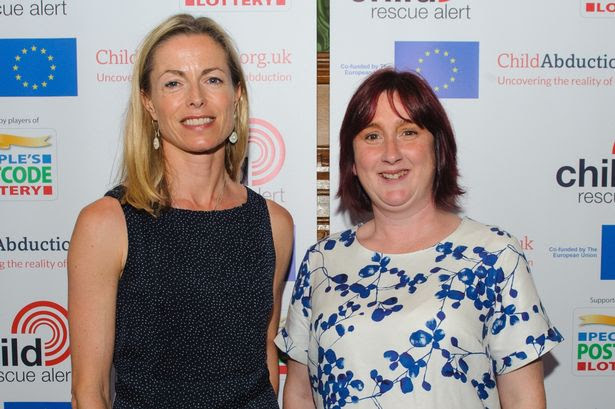 I am re-publishing an old blog post from 2014 because Kate McCann has once again been going on about how Madeleine might have been found if the alert system had been in place at that time and an alert had been triggered. There are four criteria which must be met before an alert is triggered and Maddie's disappearance met only one of them.

The scheme will use social media including text messages, email and digital billboards across the UK in addition to traditional broadcast media to issue the alerts when it is launched on Sunday, International Missing Children’s Day.

I think Kate McCann is showing her usual arrogance in appearing in public to promote this alert system after attempting to replace it in 2008 when she and Gerry went to Strasbourg to sponsor the American Amber Alert system at a time when the French system was already being tried out in several EU states.

An alert system had been active in some member states of the EU for some time when the McCanns went to Strasbourg. In fact, Portugal was the second country after Hungary, to introduce an alert system in 2002, in accordance with an EU directive.

In December 2006, an extraordinary meeting of the member states approved an initiative of the European Commission to reserve certain numbers (Starting with 116 ) for a Europe-wide alert system for missing children. This was the system which had been in operation in France since 2006 and had proved to be effective in several cases.

Would an alert have been triggered when Madeleine McCann disappeared?

1) A confirmed abduction? No. All that was known was that Madeleine had been reported by her parents as having been in bed when they left the apartment to go to the Tapas Bar and that when Kate McCann went to check on the children at 10pm, Madeleine wasn't in her bed. In spite of what was stated to friends and relations of the McCanns by telephone in the early hours of May 4th, 2007, there was no evidence of a break-in at the apartment: the shutters had not been "jemmied," and no trace of an abductor was found in the apartment. Apart from the above, we have Jane Tanner's statement about having seen a man she originally described as "carrying a bundle that could have been a child," which gradually developed into a man carrying a child who was definitely Madeleine McCann.

So, no, criterion number one  was not met.

2) Was Madeleine's life or physical safety at risk? Well, she wasn't tucked up safely in her bed and she was not hiding in the apartment or anywhere in the vicinity. She was a missing three-year-old, so a child at risk since it was not and still is not known what had happened to her.

As for little April Jones, an alert would probably have been triggered in her case. Several of April's friends reported having seen her getting into a white van. So, there would have been sufficient information, which if broadcast may have helped the police recover April, or at least discover her whereabouts. Madeleine McCann's disappearance is very different in many ways to that of April Jones. There are no independent witnesses outside the McCanns circle of friends who can state that Madeleine had been in bed when she vanished into thin air, but April was seen outside her home by many of her friends. April's case was an obvious abduction: Madeleine's disappearance was not. Even Andy Redwood, who is leading the team of British police officers investigating Madeleine's disappearance in Portugal, has stated recently that there is a chance that Madeleine may not have left the apartment alive. Is he suggesting that an intruder took away a dead child or is he suggesting something else?

So, here we have Kate McCann appearing in public to promote a missing child alert system that she tried to replace with the American Amber Alert system, under the strict criteria of which, an alert would not have been triggered for Madeleine. That woman has some Chutzpah! But that's nothing new as far as Kate and Gerry McCann are concerned! They admit to having left three children under the age of 4 in an unlocked apartment in a foreign country while they wined and dined with their mates and have been behaving like celebrity victims ever since, courting publicity at every opportunity. That's amazing Chutzpah in my book!