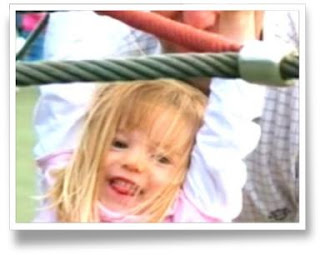 The investigation goes on.

The PJ had announced during the archiving of the case file: The investigation is neither closed nor abandoned and fortunately the investigation is not over with because alive or dead, Madeleine has not been found. The PJ had stated that they were continuing the investigation away from the media buzz, in calm and serenity. Today, while the file called the, "Maddie case," is being made public and all the journalists have reserved access, it is clearly established that part of the file will remain stamped secrecy of justice. There would be several parts involved. It would be the British authorities who would have requested that specific documents were not disclosed to the public. Another part would have been at the request of the PJ for documents judged to be extremely important. We can deduce here that the PJ are continuing their investigation and this would explain, as I have already stressed, a certain excitement on the part of the PJ. A third part remains under the secrecy of justice, this being the result of a private request. We will come back to that later.

Is the fact of having made the case file public without drawing conclusions concerning the suspects while carrying on with the investigation, an intentional strategy? It can obviously be thought, yes. The PJ making all the elements or nearly all, public, but without accusing anyone, occupies everyone, the parents' lawyers, the parents themselves, the press, the whole of the media etc. While everyone is focussed on the report then on the case file, while everyone is watching the contents of the DVDs (the case file is on DVD) as for the PJ, they can get on with their investigation in peace.

Interference with the investigation?

SOS Maddie reveals that during O'Brien's interview as a witness, he would first have been able to read the statements of his partner, Jane Tanner, before responding to the questions of the police officer in charge. This is obviously scandelous! It is totally unacceptable that a police officer, who moreover is not a beginner, since he has 25 years in the job, lets a witness read the statements of one or several other witnesses. It is a blunder if not a desire to direct the hearing. It is a professonal mistake! The hearing of every witness is placed under professioanl confidentiality even if the statement is that of the spouse of the witness in question. O'Brien, in a statement, admits gaining knowledge of his wife's hearing to, "refresh his memory." As for Jane Tanner, she was interviewed but her hearing was interrupted by the unexpected setting off of the fire alarm. During the 23 minutes which followed, while the police station was evacuated according to clear procedure, Jane was able to have a discussion with the lawyer for one of the suspects and with one of the suspects in the case in question, in person. All this at the police station. Even if it is not a witness for the prosecution, we may ask questions about the ethical aspects of the procedure. We note that, in spite of everything, Jane had always had contact with certain suspects at the time and that they were able to freely discuss the case well before being interviewed.

Brian Kennedy, the millionaire who finances the parents' team of lawyers and the employment of Clarence Mitchell, and others, visited several witnesses involved in the investigation into Madeleine's disappearance. We are entitled to ask why an individual, millionaire he may be, is allowed to interfere in a police investigation? Especially the witnesses least favourable to the McCanns would have been visited. The question that comes immediately to mind is: why? To what end? Certainly Brian Kenedy is not implicated in the ongoing investigation in Portugal. He is not even a witness. The British authorities, at least as an ethical issue, but above all as an issue of of objectivity, should have questioned Brian Kennedy about his motives for interfering in an investigation concerning a little four year-old girl? Until now, the British authorities have been silent on this subject. Well, the Portuguese authorities asked their British counterparts for details but there again with no response from the UK.

The McCanns tampered with evidence?

In today's edition, Correio da Manha states that the PJ have no doubts about the fact that Madeleine's parents changed the position of furniture and various objects in the apartment from which Madeleine went missing. If this is true, and we must see what CdM is basing this on, there is here tampering with areas of a crime scene in order to divert suspicion and to wipe out the evidence. We note that the PJ have always considered strange the fact that Madeleine's bed had not been disturbed as if the little girl had not slept there. It is difficult to believe that a kidnapper had taken care to remake Madeleine's bed perfectly after having abducted her? We are now betting that the case file on DVD (that our association will be able to look at) will explain these worrying details.
Posted by AnnaEsse at 20:25

SOS Madeleine McCann: Russell O'Brien was allowed to refer to Jane Tanner's statements before he was questioned.

The Maddie investigation: O'Brien was questioned after having referred to Tanner's statements.

At the time of his interview, in April 2008, Russell James O'Brien was able to refer to the report of his partner Jane Tanner's statements in order to respond to questions from Andrew Gierc, a Leicestershire police officer, about the events that surrounded Madeleine McCann's disappearance.

The access of one witness to the statements of another, even when it is the same couple, is worrying and outside the norm, above all in the course of an investigation of the importance of the Madeleine McCann case. It is also judged by experts from several European police forces, consulted by SMM, as more than a simple professional error: "this can direct the witness or even worse, allow him to answer questions in a way that protects his position in the investigation," states an officer of the French gendarmerie, stressing, "that it is an error capable of compromising an entire investigation and that no professional worthy of that name would make it....The only explanation that remains is the possibility that the investigator wanted to confuse the witness for a specific reason."

"I was given the opportunity to refresh my memory about the report made by Jane Tanner (my wife) and I was allowed to see these documents. That was done in the presence of DC 1578 Gierc," O'Brien admits.

O'Brien was interviewed twice, on April 8th and 10th 2008, but strangely, his his first interview would not have been recorded on video, because, according to the British police, there was a, "technical fault." However, it now looks like the video, which was never sent to Portugal, exists but would not be attached to the report of the April 8th interview.

Russell O'Brien's second interview by police officer Andrew Gierc, was indeed recorded on video, to which we have had access.

Jane Tanner was interviewed for 279 minutes by police officer Fergusson, an interview with seven interruptions, the first also very hectic after only 18 minutes when the fire alarm went off.

At the time when the Portuguese Public Minister decided to place the investigation into Madeleine's disappearance on hold pending further evidence, there was a total of 196 witnesses, including the McCanns' seven friends, and three arguidos, registered in the process.

Several witnesses, who made themselves known to the British authorities, have remained unknown to the Portuguese investigators, for a reason yet to be determined. Brian Kennedy, the millionaire who would be financing Clarence Mitchell and the McCanns' team of lawyers, has even visited several of the investigation's witnesses, in particular those who were less favourable to the couple.