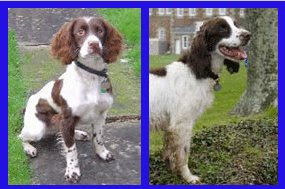 (Eddie alerting to the odour he has detected from the McCanns' hired Renault Scenic)
Posted by AnnaEsse at 21:21

thanks so much for your hard work, Anna...

Thank you. Definitely a good chapter, well written, clear and just a straightforward outline of the investigation and the leads being followed.

I've seen the E&K videos & knew all about their findings but it's really interesting to read Amaral's take on it.

and also to learn of Gerry's drive by. I bet he cacked himself when he saw 5A was undergoing a search.

And not many more to go now.

Fantastic work. Thank you for bringing this book to us.

Yes thank you for all your work.
I have lit a candle to the financial diva to lighten your load.
I was grateful to hear Amaral's version of the dogs searching. And also wonder if Mark Harrison is still involved at some level.
I cannot see that anyone who saw what he saw could knowingly walk away from such a case.
The time will come when the charade has to end but again I reiterate that everyone complicit in the cover up of this crime must be punished.
That goes for the public relations, the family lies etc and most certainly any politicians who blocked vital information from being released. And I mean this from both countries.
Word verification is perps.

I agree. Anyone who has even watched the videos of the dogs can't really help considering that something serious was being picked up by them, especially, I think, when Eddie threw items of clothing in the air.

Bless you, Su, for your very kind candle and thoughts.

I recently came accross your blog and have been reading along. I thought I would leave my first comment. I dont know what to say except that I have enjoyed reading. Nice blog. I will keep visiting this blog very often.

Thank you, Betty. Chapter 18 coming up very soon. I'm on the last two paragraphs. Then it's a matter of correcting the spelling, grammar and typos and I'll post it!!

Always thought the secret lay in "Cuddle Cat". Carried as a "mask" of odour everywhere, like a Trojan horse...there for all to see .....and easily explained. Move a body one day...."Cuddle Cat" explains the smell from it's owner. Swimming pools also "mask".

Now its getting interesting. You can tell I'm commenting as I read with my previous comments lol.

Now the sofa pushed up against the curtains adds up, although if your trying to cover up a fall area you wouldn't push it up so it squashes the curtains and looks odd. Looking like she was upset, went looking for her parents, tried to climb and fell and they covered it up. Although why wouldn't she try the patio door which was unlocked and walk over to them. My kids would walk out to us at that age (still that age).

Again I just cant see how the friends play along and why would Gerry in a statement talk about not having a car to dump a body when they did have a body. Just gets more interesting as I read....on to the next chapter :)