Jim Gamble resigns and Gerry McCann talks about the 'value of our children.' 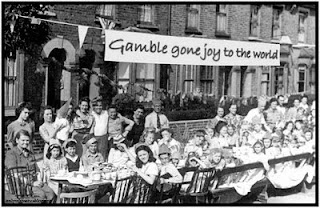 Image by Himself at Good Quality Wristbands

The chief executive of the Child Exploitation and Online Protection Centre (Ceop) has offered his resignation, the BBC has learned.

The Home Office confirmed the Home Secretary was aware Jim Gamble had sent a resignation letter to her.

The agency said it did not feel it was in the best interests of children and young people for Ceop to be assimilated into the National Crime Agency.

The merger proposal was outlined by Theresa May in July.

Ceop told the BBC it "does not feel that it is in the best interests of children and young people for CEOP to be assimilated into the National Crime Agency, as was announced a short while ago.

"This direction of travel does not seem to have changed and Ceop's CEO, Jim Gamble, has therefore offered his resignation to the Home Secretary with a four month notice period. We are not prepared to comment further."

It is understood that Ceop has made representations to the government since the announcement that its work was to become part of the proposed National Crime Agency.

As CEO of CEOP (Child Exploitation and Online Protection Agency) Jim Gamble supported serial neglectors, Kate and Gerry McCann unreservedly, though what such an organisation has to do with a missing child who was left night after night by her parents while they went out on the piss is quite beyond me. Yet, Gamble even presented Gerry (we are responsible parents and everybody does it) McCann, as a guest speaker at the CEOP conference earlier this year. 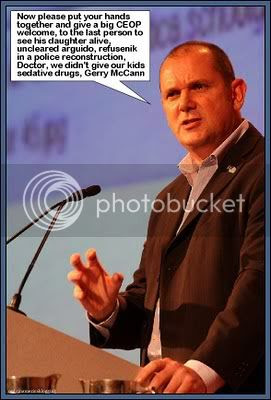 Image by Himself
And, of course, weighing in with support for his best buddy is Gerry McCann on the Find Madeleine web site.

We were told last night of the resignation of Jim Gamble from the Child Exploitation and On Line Protection Unit (CEOP). We are certain that he will be a huge loss to the field of child protection. Knowing how committed Mr Gamble is to this cause, it is extremely saddening that he feels unable to continue to lead CEOP which appears to be as a consequence of the proposed Governmental changes.

The search for our daughter Madeleine has been greatly enhanced by the work carried out by the team at CEOP. We would like to thank Mr Gamble for all of his efforts, both for Madeleine and for all missing and exploited children.

In what way has the search for Madeleine been enhanced by the work carried out by CEOP? By inviting the father who left her alone to speak at a conference? By the making and dissemination of this strange little video?

Yes, I agree Mr Gamble, "It's never too late to do the right thing," and you have shown that by resigning. Now, it's up to Madeleine McCann's parents to do the right thing and call a halt to this fiasco of private detectives and so many suspects that most people in the UK and elsewhere could probably grass up a near relative. Do the right thing Kate and Gerry: the truth will set you free.

In this challenging economic climate, we urge the Government to remember the value of our children and the importance of the invaluable work which is necessary to protect children against the devastating crimes of child abduction and exploitation.

Now, I'm wondering who the first person plural possessive pronoun in Gerry's statement might be referring to? "....the value of our children."? Does "our children," refer to just his own? Well, he didn't value them too much when he left them on their own in an unlocked apartment in a foreign country night after night. Is it a universal generalisation? Everybody's children? Then who is everybody? Not child-traffickers or those who trade children as sex workers. Then who? He can count me out because I know the value of my children and I never left them alone.

Child abduction and exploitation are "devastating crimes."? Devastating for whom? Gerry has told us over and over that there is no evidence that Madeleine has come to harm. Yet, child abduction is a devastating crime? Does he think that if Madeleine had been abducted that she wasn't devastated? Would it just be Gerry and his dozy wife who were devastated? Still, I've yet to see any evidence that Madeleine was abducted. That trivial matter, lack of evidence, didn't seem to be of any significance to our Mr Gamble, though, did it?

While I'm here, I'd like to ask Mr Jim Gamble where the photos went to, the photos that he asked holiday-makers who were in Praia da Luz at the same time as the McCanns to upload, just in case there was something in them to indicate what might have happened to Madeleine. Those photos never reached the Portuguese police, who would possibly have found them useful. So, what was the use of asking for them?

To this day, the PJ have not received any photos at all resulting from the campaign launched by the Leicestershire police, asking tourists who were on holiday in Praia da Luz to send copies of photos taken during the two weeks preceding Madeleine McCann's disappearance.

The appeal had been launched by Leicestershire police, in coordination with CEOP (Child Exploitation and Online Protection Centre) and the Association of Chief Police Officers. (ACPO)
According to a source close to the investigation in the United Kingdom, several hundred photos were sent to the British authorities, most of them downloaded via internet pages specially created for the occasion.

"We will then evaluate these images - at a rate of 1000 images an hour - so that before long we are sending the significant information to the Portuguese authorities. " Jim Gamble, head of CEOP had promised.
According to Jim Gamble, the official objective of this campaign was to make progress with the investigation into Madeleine's disappearance, using, notably, a programme of facial recognition for all the people "who might seem out of place or to be behaving strangely."

"Wondering what the real purpose was of launching the public appeal....We have not had access to those photos," one of the investigators confirms, stressing that the only photos the PJ were able to receive came to them directly from witnesses. 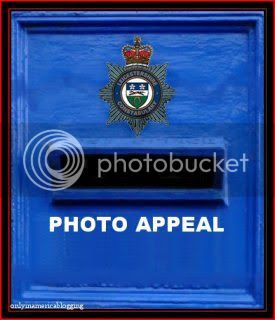 Image, as usual, by Himself!

Those photos could possibly have helped in the search for Madeleine had they reached the police teams in Portugal who were charged with investigating her disappearance, but they seem to have disappeared down a very large hole.

So, before you go Jim, perhaps you could dig out those photos and send them to the Portuguese police. You never know, they may help in the search for Madeleine.
Goodbye Jim Gamble. I hear the government is into cutting benefits, so maybe you'd better get yourself another job fairly soon, but personally I'd prefer that you followed the instructions on every box of matches, "Keep in a dry place away from children."

Thank you anonymous. Most of their updates are anonymous and most of them read like the author does not have a very good command of the English language. Or maybe their written communication simply reflects the inner cognitive processes: confused!

I wonder what difference Jim Gamble has actually made to the agency. I do and he wasn't actually doing any work by have staff under and who are doing the actual work of chasing down the criminals. These are no doubt dedicated staff work hard to bring criminals to book. In that case and different head of the agency or the amalgamation of the agency would make the slightest difference to those who are actually doing the work.

I suspect to joining CEOP to a larger agency will actually make it more effective they will make Jim Gamble feel less important, so that's why he left. I wonder how much the Madeleine fund will pay him to join the search?

The value of children- a very telling use of the word value. I see pound note signs whenever I see McCann's face. Madeleine as merchadise

Most of the people on holiday with the McCanns, other than the T7 would have a very good reason not to have photographs, let alone hand them to the police. Isn't it amazing- so many "holidaymakers", zilch photographs.

when the PJ did one of their searches of the apt they were very surprised to find a CEOP manual in Gerry's possession...
I wonder if Gerry & Jim were already friends or just met through the disappearance?

I think I posted somewhere else that I thought the photo's were to enable the McCanns to vet them in case one of their statements was compromised by a photo of them somewhere in Praia da Luz . I think LP were either incompetent or 'leaned on' by either the Government or some other 'organisation'.

I'm just waiting to see where Gamble ends up - with the McCanns or something else more lucrative.

It was on the cards Gamble would be gone long before the Operation Court case 8th November. Gamble already mentioned there would be 'cuts' a few weeks ago, he was preparing himself for a way out.

Dazzle and Pete, are the ones to follow and keep updated with Operation Ore 8th November. Not one officer backing Gamble, now thats what I call a good news day.

Reporter David Jones owns thoughts before pressured by Mitchell to change his story.


David Jones, who has followed the case from the start, asked in the Daily Mail, "Suppose her parents were somehow culpable?"
"I pray the Portuguese police are careering down the wrong track, but from the start, a terrible nagging doubt has refused to leave me."
He wrote how difficult it would have been for someone to kidnap the toddler from the apartment complex.


HOW DIFFICULT IT WOULD HAVE BEEN FOR SOMEONE TO KIDNAP THE TODDLER.


Theese were the thoughts of David not GA.


There's been no shortage of surprises in the ongoing saga of Madeleine McCann, the 4-year-old British girl who disappeared from her family's vacation apartment in Portugal more than four months ago — the biggest shock occurring earlier this month when Portuguese police officially named her parents as suspects. Still, it was somewhat stunning when a YouGov poll published in the Sunday Times of London this week found that only 20% of Britons think Gerry and Kate McCann are completely innocent.


Interesting figure and I do not believe this figure has changed despite the evil intent from bloggers to protect the McCanns. Those bloggers cannot touch the mums and dads on the street nor can the McCanns .

The reason the book had to be stopped and the documentary, only 20% believe. Keep thinking about Madeleine and take the publics mind away from massive fraud .

More on Gamble, maybe not the way we had hoped Madeleine would receive her Justice but none the less they are falling one by one.

There is no connection between Operation Ore and the McCanns but Gamble screwed a lot of people and I hope he is about to be screwed right back.